The Piedmont Chronicles as seen in the pages of About Covington to Madison: November 2013

*From the November 2013 edition of About Covington to Madison magazine.

Greetings! I hope this column finds everybody well. And welcome back to another installment of The Piedmont Chronicles in the pages of About Covington to Madison magazine. I’d like to take a moment and thank everyone for all of the kind comments and feedback on last month’s column on Newborn, GA. Thank you so much! I really enjoyed writing it and am glad that so many of you enjoyed reading it. And I know at least a few of you also enjoyed reading the expanded version with some of my personal recollections of living in Newborn that I posted on my web page. I’ve recently come across a self-published book by a Mr. J.G. Stowe that recounts his experiences and memories of growing up in Newborn in the early 1900’s. Fascinating, fascinating stuff. I’m planning on getting some excerpts of that up on the online version of the Chronicles, so keep an eye out for that.

As I mentioned last time, my second column ever in this “little book” was about Newborn, but what I didn’t mention was the other town I covered in that original column was Mansfield. Just down the road from Newborn, it is also a fine Southern town with some beautiful homes and lots of history. I’m planning on doing a full write-up on the town formerly known as Bob Lee (and also Carmel Junction) in the very near future.
Also, I’d like to give a big thanks to The Historical Society of Newton Co. for having me as the featured speaker at their latest meeting. As I’ve told a few folks, I consider myself an amateur historian and maybe a semi-decent writer at best, and that’s really about it. It was truly a pleasure to be asked to do that. The Society is a great organization and I would urge anyone who considers themselves enthusiasts of local history to join. I’d also like to give a shout-out to the Morehouse family for hosting the Society meeting out at Burge Plantation. I tell you what - Burge is truly a Newton Co. treasure. That place is amazing, and just beautiful. I always love going down there. 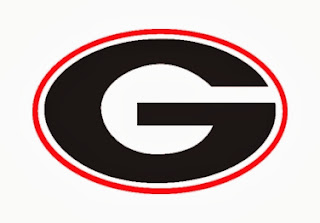 Well…there’s one more thing I’d like to address in the column. And for us UGA fans, this is kind of a sore subject. As I type this, our Dawgs have just fallen to 4-3 on the season and are licking their wounds after a loss to Vanderbilt. Vanderbilt! Man, this season has really taken a turn on us, hasn’t it? Remember how we all felt after that LSU game? We were on top of the world – the sky was the limit. Now, just a few weeks later, and we’re seriously wondering if going 8-4 on the season might be considered a minor miracle. As several of you may know, my column before the Newborn one discussed UGA and I had made the prediction that we would go 11-1 in the regular season, win the SEC, and have a shot to play for the BCS championship. As a few folks who have gotten their digs in have let me know, I sure blew that one.

So, what happened? It ain’t rocket science. You just can’t lose your top 2 running backs and 3 of your top 4 receivers and expect to just keep rolling along. This season, to me, has been reminiscent of the 1965 edition of the Georgia Bulldogs. After huge wins over Alabama with the infamous flea-flicker play and Michigan in Ann Arbor, the Dawgs found themselves as highly ranked as number 4 in the country until injuries ripped the team apart and they limped to a 6-4 finish losing four of their final six games.

But as many of us know, it’s not just the injuries. Our special teams play has been especially horrid while our defense just hasn’t jelled like so many of us thought they would. Add to that offensive line play that has gone back and forth between brilliant and awful, and you’ve got a recipe for some tough times. With all that said, there’s something to keep in mind – one win can go a long way towards making things better. After a bye this weekend, the Dawgs head to Jacksonville to take on the Florida Gators. A win in that one would be huge. Hopefully we can get some folks healthy, regroup, work some things out, and finish strong. I sure hope so…

Alright, that’s all I got for this one. Like I said, a write-up on Mansfield is in the works, as is the long-awaited interview and corresponding column with a local musical legend. Stay tuned and definitely check out the online version of the Chronicles when you get a chance. Until next time.