Greetings! Hope everyone is well. Some of my About Covington to Madison readers may be checking in to make sure that they didn't miss the latest edition of the aforementioned magazine. No, you haven't. As I was recently informed by my esteemed editor, the August edition was cancelled due to a variety of reasons, namely the fact that many advertisers were on vacation and unable to get their Ads in. Not to fear, good readers, the September edition is in the works and will be hitting mailboxes and points of circulation the 3rd or 4th week of August. So keep an eye out for that. 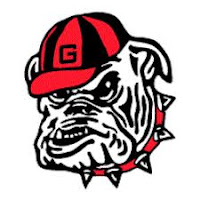 My next installment in About Covington to Madison will be a little different from my past works. As some of you may know, I am a very big fan of UGA football. In this next edition I'll be doing a preseason write-up of the 2013 Georgia Bulldogs complete with an overview of the team; analysis of offense, defense and special teams; and my prediction for this year's version of the Dawgs. I'm pretty excited about it and hope you will be too. GO DAWGS!!! G.A.T.A!

I suppose I should have put a "gone fishing" sign up at the ole webpage or something. Between work, going on vacation, and getting ready for a music show (our first in several months), I haven't posted here since the first part of the month. I'm looking forward to getting back on track. 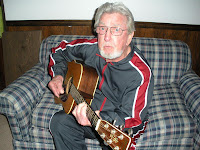 Some of you may remember my write-up of the life and times of Mr. Buster Chadwick. For those of you  who haven't read it, please do so here. We lost Mr. Buster back in June of this year. He was good man, and I was very saddened to hear of his passing. My thoughts and prayers are still with his widow, Ms. Linda, and the rest of his family. I think what I posted on my Facebook page after I heard the news sums it up pretty good:


Heaven just got a great guitar player and singer. RIP, Mr. Buster Chadwick. It was a distinct privilege to get to know you and have the opportunity to write about your very interesting life story last year. You were a great man and musician and the world will be poorer without you. Thoughts and prayers go out to Ms. Linda and the rest of the family.


Rest in Peace, Mr. Buster. I'm a better man for having gotten to know you. And it was a distinct honor and privilege to be able to write about your life story.

The city of Covington, GA, and the entire world for that matter, lost a great one with the passing of Charles Wilborn. Mr. Charles, as he was referred to by many, was a good, Christian man who loved people and loved to serve. A Covington Councilman for 14 years, he also served on various other boards and authorities in Newton Co in addition to working as a substitute teacher for many years. I'll never forget the first time I met Mr. Charles. Even though I knew who he was, I had never actually met him until my brother introduced me to him sometime around the year 2000 or 2001. I was completely taken by his kindness and humility. He was very special - as good as they come in this world. I wish I would have gotten to know him better, and even though I didn't really know him all that well, I sure will miss him.

A article came out awhile back that highlighted something that we all know - different people in different parts of the country talk differently.  This is a really good read, though. And we can all take an opportunity to laugh at how silly people talk in other parts of the country (here's looking at you Northeast and Midwest). A
lot of this we already know, but it's still a lot of fun to read. Here's a sampling:
And there's several other good ones as well. But I must admit, I was a little disappointed that they didn't cover the phenomenon known as the "pin-pen merger." That one is so cool because the entire South says both words the same way except for Savannah, New Orleans, and South Florida. The rest of the country pronounces the two words differently except for a small area around Bakersfield, CA. Pretty neat stuff.

A new book is out that every Damn Good Dog will want to own. From the "Mayor of Dawgtown" and one of the Godfathers of UGA football blogging, T. Kyle King has released his first book, Fighting Like Cats and Dogs. This book gives a detailed history of one of the greatest non-conference rivalries in college football, 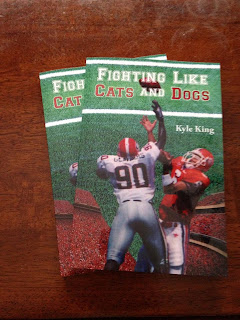 Fighting Like Cats and Dogs is T. Kyle King's definitive game-by-game account of the historic college football rivalry between the Clemson Tigers and the Georgia Bulldogs.

I would give more information but I don't have a copy yet. That will all change in a couple of weeks when Kyle will be doing a book signing at Dawg-Eared Books over in McDonough, GA on August 17th from 1-3PM. It'll be a great way to pick up a copy and to have the author sign it.

Kyle is a true UGA football historian, a superb writer, and I don't know if there is a more loyal and passionate Dawg anywhere in the great state of Georgia. I can't wait to get my hands on this book. It should be a fantastic read.

Well, that will about do it. So keep an eye out for my next column in About Covington to Madison in about three weeks or so. And check back here often as I'm planning on rolling out a good bit of online-only content. Until next time.