Such a Shame: A Sad Farewell to the Hancock Co. Courthouse 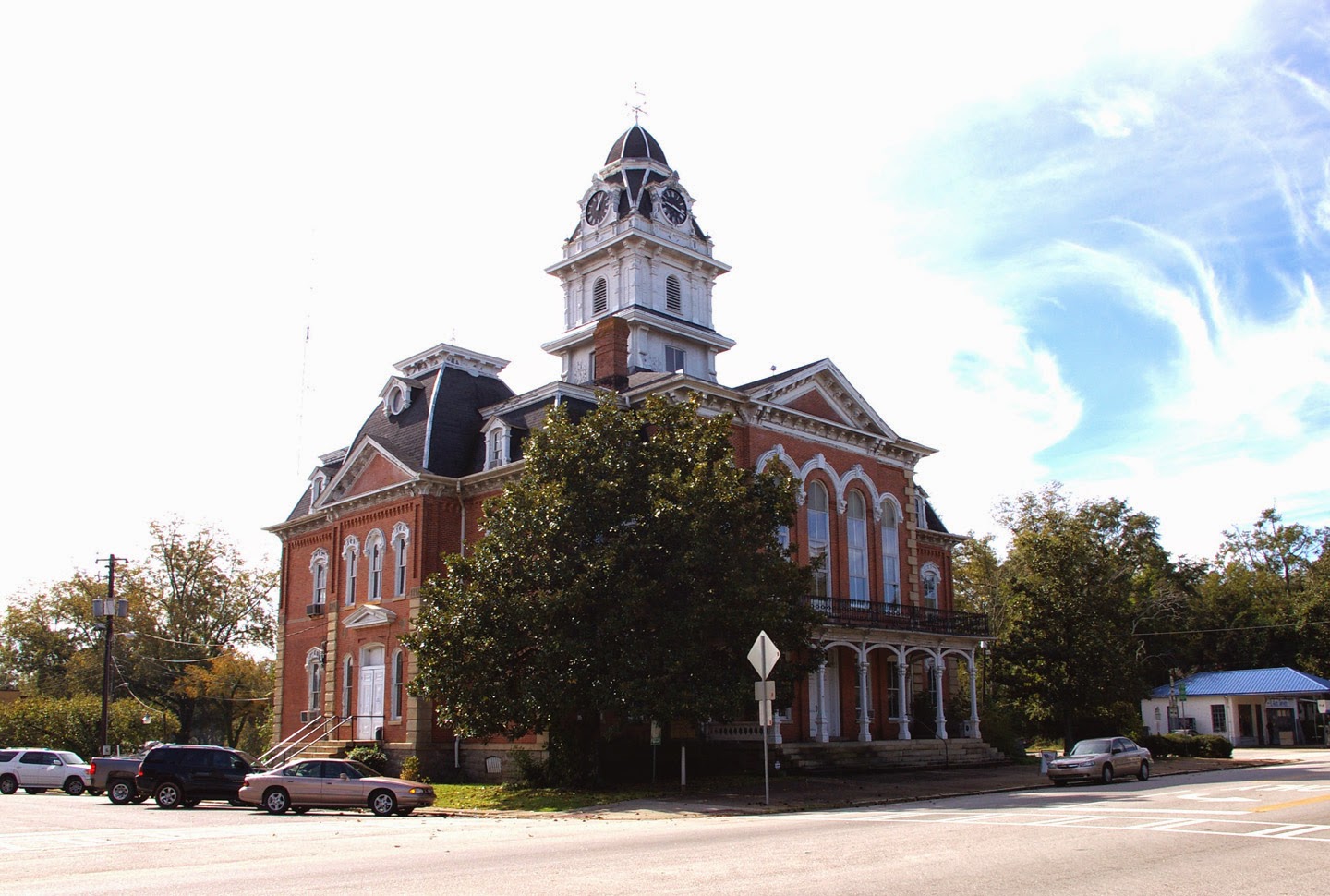 As some of the regular readers of the Chronicles know, I have always been a huge fan of the courthouses of the great state of Georgia. As I mentioned in a previous write-up, the Hancock Co. courthouse, down in Sparta, was one of my all-time favs:

"...perhaps one of the best looking courthouses in our state, especially in terms of the view as you approach it, would have to be down in Sparta, GA (Hancock Co.). That is a great courthouse. As I responded back to him, Hancock’s would probably be in my top 10 (maybe even top 5). Built between 1881-1883, it incorporates a Second Empire architectural design (the same as Covington) and is absolutely beautiful. Hancock Co. is an old county. It’s been around since 1793 which makes it a good bit older than Newton or Morgan, although not quite as old as the original 8 Georgia counties that were created in 1777. Hancock Co. and the city of Sparta, isn’t that far from us, just on the other side of Putnam Co."

Well, sadly, at around 3AM this morning, the 130 year-old courthouse completely burned with only the exterior brick walls still standing. Man, what an absolute shame. Thoughts go out to the folks of Sparta and Hancock Co. That truly was a fine courthouse and due to its similarity to Newton County's, always held a special place in my heart. From my understanding, the two courthouses shared an architect. Probably the last time I saw it in person was about 10 years ago. Such a shame. Another piece of Georgia history gone forever...

This seems like a tough blow for the city of Sparta and Hancock Co. One of the poorest counties in Georgia, it has experienced population loss and a dwindling tax base for some time. Again, my thoughts and prayers go out. You can read more about Hancock and the courthouse here.