Howdy, fabulous readers, and don't you all just look lovely! Is that a new scent you're wearing? I like it.

So...C-town, baby. Just like Newton, you always know that C-town gonna C-town. And also like Newton - it just seems to thrive on chaos. Egad!

So a few days ago and I posted about Chris Smith and publicly called for him to resign. After last night's council meeting, I'm repeating that call and raising the volume to 11.

Again, Smith showed why he is, in this writer's estimation, not fit to hold elected office. For one thing, his face can get redder that an UGA home jersey. And it happens all the time. He seems to have limited control of his emotions, apparently is always led by his ego & would maybe lie when the truth was better.

He's also almost always about trying to score some cheap political points; it's grown tiresome and many - Yours Truly included - are losing their patience.


Chris, do yourself and the rest of us a favor and just quit already. If your pride won't let you do that, then pull it together, son! We're all pulling for you...well, not really.

Well, I read the ordinance that was given out last night for the final reading. It's terrible. An absolute joke. Who the hell wrote this thing? Oh yeah, that's right, it was Frank Turner Jr.

Number 5 is the piece de resistance, though. Two two ounce pours for a three hour period. W T actual F? Are you kidding me? And how the hell are going to enforce it? Well, for the worshipers of more and big government, they're hoping that you'll have to add a new code enforcement officer or two. So, that's what including benefits and operational budgeting - another couple hundred thousand per year to take from the hard working folks of Covington.

What the hell has happened? Why has C-town gone full-on moron? Well, I pin it all on Chris Smith. When you have dysfunction and deformity like that - this is what you get.

And you're going to tell businesses they have to pay $500 for this piece of crap? My word...

Taxes and Utility Bills WILL BE GOING UP!

Because Covington cannot separate its wants & needs we will be seeing a price increase. And since we have panderers on the council, we can't start getting real about fundamental and needed changes in our entire structure and concept of government.

The pensions. Something's got to get done. It's gonna start killing us - it really already is.

And the benefits and the salaries. It's got to change. It's unsustainable. I'm sorry, but it just simply is.

Have you noticed your utility bills keep going up and up? That's been done to offset them needing to raise taxes. But this time around, they're probably going to have to raise utility rates and there will be a millage increase. And that's because of...? Needs & wants; panderers, and lack of restraint.

And friends, you haven't seen anything yet. Just wait until Plant Vogle goes online. That's when the rates are really going to go up. And at the path we're on, Covington will most likely see exponentially growing tax increases for the next several years.

It's a problem. We need an A-team on the council; right now, we obviously don't have it. 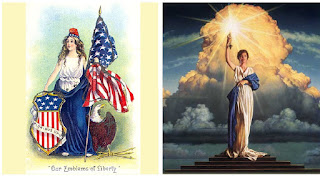 Hope everyone has a great and safe Independence Day, and remember the real reason for the season.

Yours in Freedom, Justice & Liberty,