A month left in the season and the Braves are only  one game behind the Mets– we've been as many as nine and a half games behind.  The bad news is we may not overtake them.,

It’s mostly intra- divisional play the rest of the way but beginning Tuesday September 5th the Braves begin a nine-game west coast road trip, the sort of trip that has wrecked our hopes in the past. If we survive that we can still win our fifth straight division title.

If that doesn't work out the good news is we're still a lock to make the playoffs because the rules have changed to require three wild card teams. No more one game do or die to determine the fourth playoff team. The top two division winners will receive a bye through the first round. The other four teams face off in two best-of-five series leaving four teams for the divisional series. 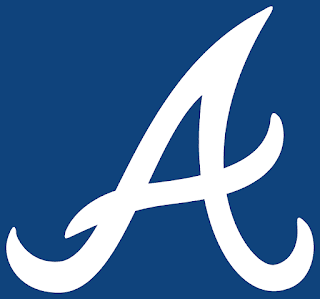 The Braves or Mets will have home-field advantage against the number two wild card team, likely the Phillies.

One thing this means is we get more postseason baseball with the World Series running into November. Hopefully it will pit two teams from warm climates or domed stadiums.

In other rule change news the ghost runner rule will be gone next year, but after hearing John Smoltz say he likes the rule, that it makes the game more entertaining (And keeps baseball announcers from having to work overtime and give us free baseball?), I worry that it may come back. My understanding is that any proposed rule changes must have a two-year waiting period, but I may be wrong.

Other changes likely to come soon are robot calls on balls and strikes and a pitch clock. Both of these changes have been instituted successfully in the minor leagues. I'm fine with both of them because unlike the ghost runner they do not actually change the rules about how the game  has been played for going on two centuries nor the many records established.

Also next year infield shifts will be banned. I don’t like that change but even worse is a change to be tried out in spring training limiting how deep outfielders can play.

Addendum to Fall BallMy faulty memory told me we had been 9 and a half games back when we had in fact been 10 and a half behind the Mets on June 1.
Additionally I neglected to mention a little noticed rule change.  Teams may now use electronic signals sent from the catcher to ear pieces worn by the pitcher and middle infielders. I think the practice has been universally adopted replacing the finger signals which with a runner on second became long and  complicated. This combined with the pitch clock should achieve the desired result of speeding up the game.