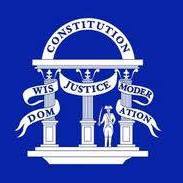 Just when you thought things couldn't get more crazy, weird, and out of control in the home county, this news, as reported today by The Covington News, hit the proverbial and electronic newsstands.

BOC Chair Keith Ellis is claiming by that BOC members Lanier Sims and Levie Maddox tried to blackmail him...back in January. Ellis seems to claim this is part of the reason why he was not made aware of the proposed mosque situation. That he's been pushed to the margins and has been out of the loop.

From The Covington News article written by its Editor, Bryan Fazio:

In a document submitted to The Covington News, on Tuesday, Newton County Commission Chair Keith Ellis said District 2 Commissioner Lanier Sims and District 5 Commissioner Levie Maddox “blackmailed” him in a meeting held between the three men in January and that he had reported the effort to law enforcement at the time.
In an “Open Letter to the People of Newton County,” Ellis said the effort was an attempt at forcing him to relinquish his authority on the board, and that he has been largely ostracized by the commission since.
Ellis said Sims and Maddox threatened to “make public an audio tape where they said I had offered to help a potential landfill operator in exchange for ‘campaign contributions.’” He said no such tape ever existed.
Both Sims and Maddox told The News on Tuesday that they did not threaten Ellis with blackmail.
“Absolutely not,” Maddox said. “There is no foundation to that at all.”
“No.” Sims said. “I don’t have an audio or video tape of the Chairman so I have nothing to blackmail him on.”


And then there's this:

“I write this to let you know, much to my regret, despite my responsibility as Chairman of the Board of Commissioners and head of the Road Department, to manage future increases in traffic, neither the Commissioners nor the Development Services staff let me know anything about this proposed 135-acre development,” Ellis said in his letter. “I only learned about it as the citizens did.”


Calls put into both Levie Maddox and Keith Ellis by M.B. McCart, Editor of The Chronicles, have not been returned as of press time.

- Did this event occur?

- With these two differing accounts, who is lying, or at least, who has a misinterpreted recollection of these events?

- Does this mean that other persons on the Newton Co. BOC did indeed have previous knowledge of last year's sale of the 135 acres on Hwy 162 by the Neely Family to Al Maad at Islami, Inc. and the Administrative Use Permit issued by Newton Co. Development Services?

We'll stay on top of this one, and we are still planning on reaching out to Newton Co. Development Services and filing an ORR for all pertinent documents relating to this situation.