[TPC] - A Moment From Us: Talkin' Wm Thomas Craig 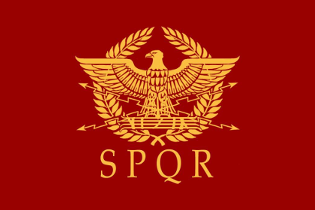 A Moment From Us: Talkin' Wm Thomas Craig
Commentary

So, to use a Star Wars analogy, I guess this past week could be called, "Wm Thomas Craig Strikes Back."

In light of the damning forensic audit that came out a couple of weeks ago, former county attorney Tommy Craig has gone on the offensive the last several days. Early in the week, he appeared on WSB TV (Ch. 2) to rail against the audit, its creator - David Sawyer - and to declare his innocence. This was on top of a press release he sent out last week in which he said Sawyer, working in conjunction with the Newton Co. BOC, and others, were trying to destroy his life, his "wonderful" wife and kids, and claimed them all of being racists, including, presumably, black member of the board, Lanier Sims.

Apparently none of this was enough as Craig decided to turn it "up to 11" by putting paid advertisements in both The Covington News* and The Newton Citizen. The one in the News was two full pages. I'm not sure of the exact advertising rates of that publication, but I know enough to feel fairly confident that Craig had to have spent over a thousand bucks on that one alone, and a similar sum for the one in the Citizen. Doesn't he owe the IRS over a million dollars?

I'm reminded of a line from one of my all time favorite movies, Super Troopers. "Desperation is a stinky cologne."

A reading of Craig's 2-page manifesto is an exercise of...hell, I don't even know. It's dripping with the type of narcissism we've come to know and expect of Craig and it is, in my estimation, further proof of him being a sociopath. He refers to himself as a "whipping boy" of the BOC and claims that four members of the Board "does not welcome diversity in our community" and that he, Craig, has angered those members in the past by "publicly criticizing them for discriminating against black officials and employees." So, to sum up, a wealthy white lawyer is calling out Lanier Sims, a multi-generational Newton Countian, business owner, and African-American, for being a racist. Got it!

Craig calls out Sawyer also for incorrectly claiming he had questionable dealings with vendors and consultants related to Bear Creek. Nice try, Tommy. That was with the landfill. Read the report. Still waiting on your answer to that.

And a few other things:

- We're still waiting for you to address the Jones Co. property that Sawyer mentioned in his audit and that I wrote about a few days ago. I've called you three times, sir. You seem to be avoiding me. Why don't you address that?
- And the other mitigation properties. Why don't you talk about those? And could any of those properties revert to the original landowners?
- And we notice that you try to blame Larry McSwain and Mike Hopkins and a few others for derailing Bear Creek when we were "three yards from the goal line." That's interesting considering the fact that the US Army Corps of Engineers administratively pulled the permit. And that was after years of them telling you that your application was woefully inadequate. Why don't you talk about that, Wm Thomas Craig, Esq?
- And let's talk about Eco South and Eco Tech regarding the landfill. What is your relationship to those two companies?
- And speaking of the landfill. Talk to us about the East Georgia Land Co. and the family who owned the land previously. Is it true that you represented them until they sued Newton Co.? Who took over the representation for them after that, Mr. Craig? What, if any, relationships and communications did you have with Green Hill P3?
- How much money were you paid by the Joint Development Authority over the years?
- How much money were you paid by the Industrial Development Authority?
- Is it true that you the attorney for the Hospital Authority? If so, how much money were you paid by them?

I've probably got a few dozen other questions but I'm going to save those. For you see, Tommy, I'm about to start a GoFundMe so that maybe I can put out a 2-page paid advertisement in both of the local papers to call you out on all of your foolishness.

And I'll be calling your office tomorrow morning. And I'm supposed to maybe be getting your cell phone number this week. As you possibly know, I'm right across the corner from your office usually 7 days a week for a least a brief amount of time. So I'll definitely be keeping a keen eye out for you, sir.

Questions, Mr. Craig. So many questions. They need answering. 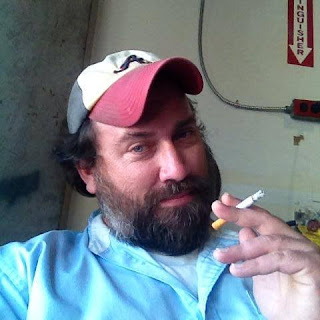 *Discolsure: Marshall McCart is an Independent Contractor Stringer/Correspondent for The News
Posted by MBM at 2:06 PM