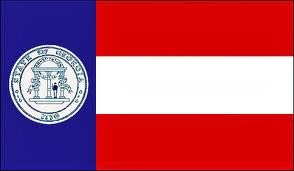 Greetings, you wonderful, fabulous readers, and welcome to another Sunday edition of The Chronicles. We've been simmering it nice for you - low & slow - and we're so glad you're with us this fine evening. Grab a plate and enjoy!

On the local level at least, a big item of discussion has been Wm Thomas Craig and his continuing denial of reality. We addressed this earlier today. As I mentioned - and while quoting one of my favorite films - "Desperation is a stinky cologne."

That's not all that's happening. The Rec Commission. Also known as the NCRC. They put out a statement in which they said that they had no problem with Avery personally profiting from doing camps for personal gain. They really didn't have much of a choice as they, that county-sanctioned board, had already approved it. You have to remember, folks, this is the Rec Commission. This is just how they've always done things. I'm told from a source that this will all change soon, but it is incumbent upon the Citizenry to ensure that this does indeed comes to pass. It's not your Father's Rec Board, as it were, but we've still got a ways to go...

On the national level, we are seeing what I consider to be a diametric doppelganger to what we witnessed during the election. According to some, the Russians now have total control...of everything, and they are blackmailing Trump and the entire RNC. Presumably Hillary probably won the electoral college in a landslide, but these damn Russians, though! It's a sordid state of affairs, according to these people. The CIA will vouch for it, they say. Well, friends, we all know that if there is a respectable and truthful entity in our Federal Government, then it would assuredly be the CIA. They're totally on the up and up as we understand it. Not to worry, though, as the electoral college will come through to save the day and elect Kasich, or somebody else, to be our next POTUS. Hamilton Electors, FTW!

We're quite fortunate here in the home county to have the Newton Co. Arts Association and all that it entails - The Oxford Youth Singers, the Community Band, Covington Regional Ballet, and the numerous shows they sponsor and support. Tomorrow night at 7:30 at the Porter Performing Arts Center, it's The Sounds of Christmas. This looks to be great!

And a big week in music here in the home county as well. Here's a sampling of what's coming:

As I've said many times over the years, it's amazing the number of incredible artists we have in our area. Here's the listing of all artists and artisans at the Southern Heartland Art Gallery and Guild.

Has 2016 been a tough year for losing musicians? You best believe it!

Army finally beat Navy for the first time in 14 years. Way to go, Knights! And Verne signed off for the last time as a football announcer.

The Newton Rams are looking like one of the best high school B-ball teams in the state. They're doing very well and are currently ranked #2 in the Georgia's highest classification - AAAAAAA - after defeating South Gwinnett 78 to 58.

Speaking of hoops, the Hoop Dawgs of UGA are looking pretty good so far. They've pretty much won all the games they were supposed to. We'll see how they do in SEC play.

In the NFL, as of press time, the Falcons are absolutely killing the LA Rams, 42-14. And it really ain't that close!

Remember the reason for the season. My favorite of the Gospels - John.

I've heard from several folks that 2016 was the worst year yet. Well...it was certainly a stinker of a year. I think we can all agree on that. But worst year ever? I don't know if I would go that far. It's been a...complicated year. For so many reasons. Here's to 2017 being the best year yet!

Thanks for reading. Til next time.