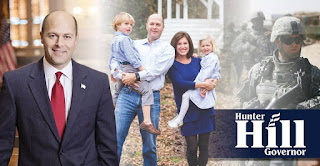 Per multiple accounts, upwards of sixty persons attended this meeting, which was held at the Irish Bred Pub in downtown Covington, GA.
By all accounts, Mr. Hill greatly impressed everyone in attendance. As fate would have it, the very next morning - today, as a matter of fact - Sen. Hill announced his intention to run for Governor of  our great state. An Army veteran, and a state legislator representing the 6th district in the Georgia Senate since 2012, Mr. Hill seems to be a true Conservative who, in this writer's estimation, may provide a real alternative to Republican voters who have no real interest in the quasi-liberal/big-government/power elite choice - current Secretary of State, Brian Kemp.

This meeting also saw the conducting of business of this county party, an affiliate of the state of Georgia GOP, and the first meeting in which Scott Jay, the new Chair, presided over, after taking over the reigns from previous Chair, Mr. Ray Cowan, a truly great American.

As an aside, this writer must once again marvel at how good things are now and how much this party has grown after its earlier, continuous slide into irrelevance under the previous leadership of supposed Covington power elite types such as Delia Fleming and the notorious plagiarist, William "Bill" Perugino.

Things are looking good for the GOP in the Newton County, GA, USA, and that, my dear readers, is a good thing for all of us here in the home county. 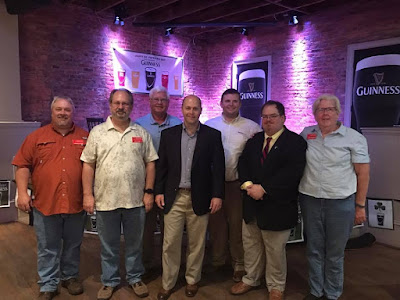