[MB McCart] - Ezell, Palms Up, Gets a Cool $165K; Covington News Further Gelds Itself; The Grove in the County 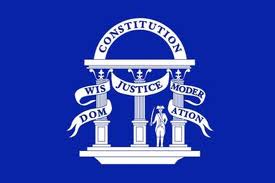 So the home county had an emergency meeting last night purportedly, solely, for the Newton Co. Sheriff, Ezell Brown, to do another one of his patented shakedowns. 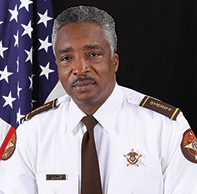 Per usual, it worked.

From our friends at Citizens for a Better Newton:

Sheriff Brown claims he needs an additional $165,000 PER MONTH in additional funding because of the corona virus epidemic. And, of course, the BOC approve the new funding at a special called on-line meeting this afternoon (April 1). Despite questioning by Commissioner Stan Edwards, who cast the only NO vote, Sheriff Brown did not provide much justification for the additional money. Maybe that was provided in writing to the BOC ? Lets hope so but there is reason to be skeptical because Sheriff Brown has a history of wasteful spending (remember he employs Tommy Craig).
On a more positive note, the BOC also voted to provide some additional funding ($10,000) to help provide lunches to those school children who no longer have access to free lunch because school is not in session.
There was also lengthy discussion about updates to the county's shelter in place ordinance. The BOC plans to wait before extending our ordinance until after Gov. Kemp's decision about state level action which may come tomorrow (April 2).

And the good ole Covington News - telling THEIR story of your lives since 1865 - was the first one to break the story, w/out nary a mention of the six-figure payday for Ezell.

I took it upon myself to comment on the thread of their story, talking about how legal organ status works in Georgia, etc.

And as many of us just found out today, the City of Covington never annexed Settler's Grove, thereby leaving a very small stretch of road on Hazelbrand/John Williams Hwy under the sole purview of the NCSO (& the GSP).