Here's the actual motion that JC Henderson tendered (and later withdrew after he saw it wasn't going to pass) to try to bring the former caustic attorney back. 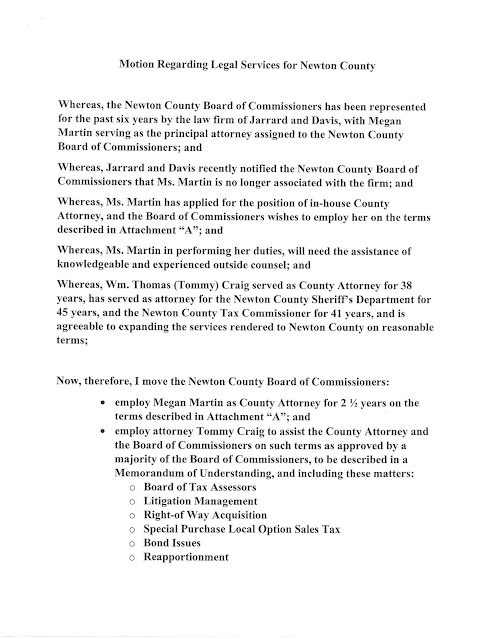 I'm sure Tommy wrote it up for JC.

Again, and maybe I'm wrong, but I think this looks like an act of desperation. If they didn't have the votes, seems as if this was kind of a Hail Mary.

We'll be keeping an eye on it.