[TPC] - The Tuesday Round-up: The Bursting of the Dam in Newton Co. and the 4th GOP District Party


~Another week; another bad story out of Covington/Newton Co. We now see that the proposed Bear Creek Reservoir, in which over $21 million has already been spent by Newton Co., is nowhere near the point of getting a permit from the Corps' of Engineers. And nor should it. With new population growth estimates, there will be no need for this project for at least a generation or two, if ever. And let's not forget the following, folks: 1. Remember when it came out a couple of months ago that water levels, for whatever reason, were purposefully being kept low at Lake Varner? 2. The Hard Labor Reservoir will be coming online soon - they need customers, and we may, at some point, need some of their water. And it will be right there waiting on us.

~Speaking of Reservoirs and Dams and such. Here's a nugget I just had to share from the one and only Fred Wheeler. Mr. Fred is the founder of Patriots' Table and is a very engaged politically conservative activist from the Covington area:

Wow,
With all the unresolved matters backing up on the BOC it almost seems like a dam about to burst. The budget, government organization, Bear Creek, the landfill. Nothing gets settled-the can just gets kicked farther down the road. And now the County Manager has resigned. The BOC meets tomorrow (Tuesday)  at 7:00PM. Come see them squirm. It's good cheap entertainment.

~And to that point, remember that it's the 3rd Tuesday of the month so it's BOC time, baby! Historic Courthouse on the Square, 7PM.

~Switching gears here, and a quick word from us - while the Chronicles is now very much covering local events and political stuff, we usually really don't get into the partisan stuff, but we felt compelled to do so over some egregious events that occurred regarding the 4th Congressional District GOP convention this past weekend in Conyers, GA.

A thorough write-up of the events can be found at our sister blog - The East Metro Blog.

For starters, this is what delegates, alternates, guests, spectators, and press saw when they arrived at the convention. According to multiple sources, there was a 5th law enforcement vehicle as well and at least 5 or more armed law enforcement officials were in the meeting chamber including one, who according to one source, was wearing military-style dress. Nothing says the electoral process like a strong show of police power (the power of the gun) as hired guns - literally bought and paid for by the establishment of this particular political party apparatus. God Bless America! 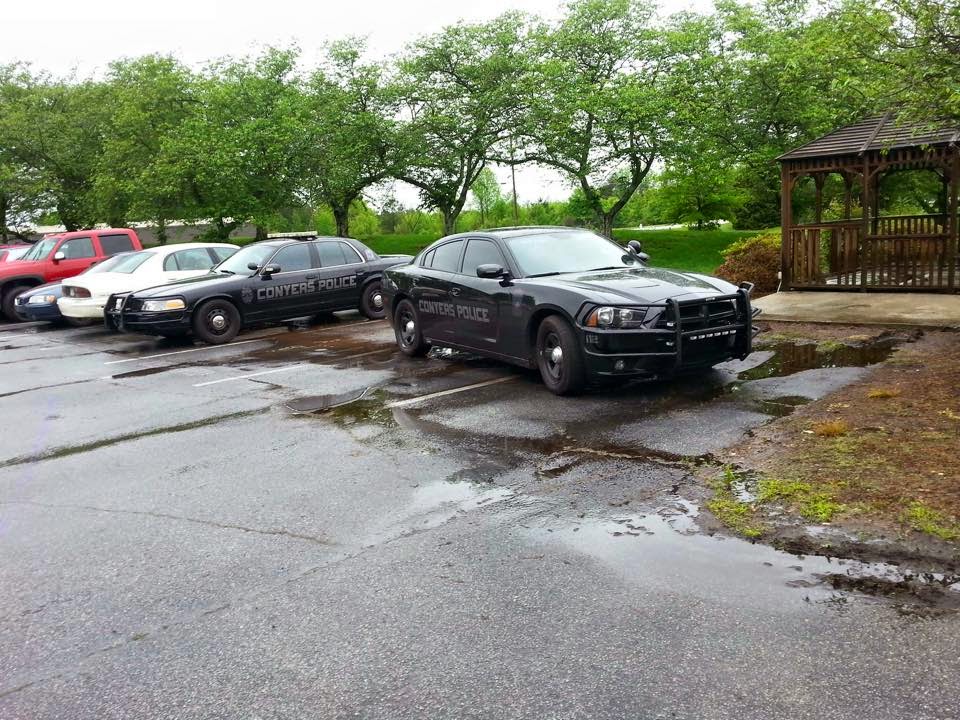 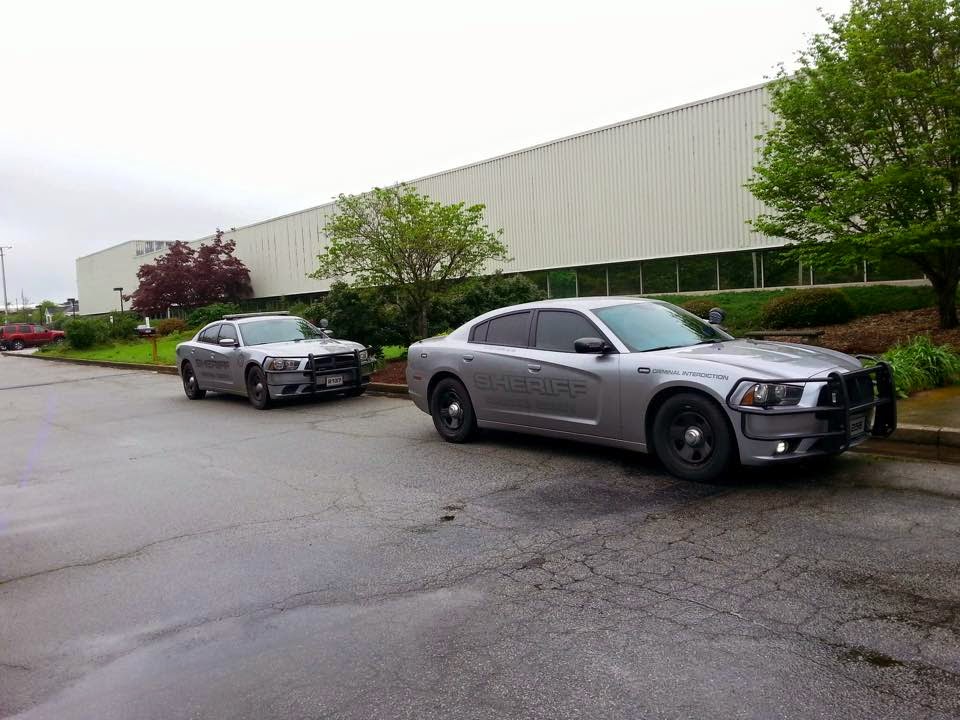 And keep in mind, there are other district parties within the GA GOP that "get it." Look at the 3rd - Dale Jackson, Liberty-wing and TEA Party darling, just got elected to a second term as that entity's Chair. Several others are seeing the light as well.

Til next time, y'all.