Howdy music lovers & we sure hope all is lovely out there. As promised, the Minute is back in action, and not a moment too soon! It's a big weekend of music lined up here in our neck of the woods, and as you may have gathered by the title, it's fairly Friday heavy. So much talent, but only so much time. What's a music enthusiast to do? Well, just hit all of 'em! Why the hell not? 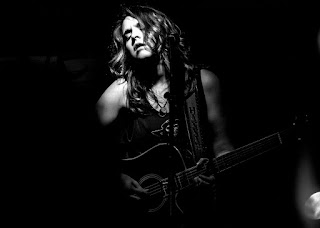 The one & only Hannah Thomas, a supreme talent,  has played with the likes of The Indigo Girls, Melissa Etheridge & Pat Benatar. She's also recorded with some A-list musicians & has toured all over the country. A full-time musician, she's back in the C-town Groove & it's very exciting. As many of you know, I've been a big fan of hers ever since I first met her over 10 years ago when she was just getting started. Watching her career blossom has been awesome. I've interviewed her a few times over the years for both radio & print, and it's always such a joy to talk with her. If you haven't seen her in action - you NEED to. With a sound that's equal parts Rock, Country & Americana, her voice is amazing & her songwriting is even better. This is a MUST SEE show, folks. 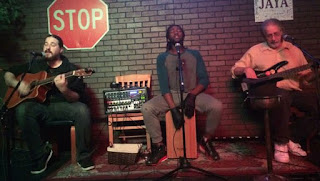 Regardless of whether you're going to try to make it to either Hannah's gig or the other big one on Friday, due to those both being a bit later in the evening, there's not an excuse to not swing by The Amici's, grab a bite of killer Italian grub & check out C-town's favorite live group - CS&J.

These guys are another I've written about numerous times & they are Just. Too. Damn. Good! Scott is the best bass player in the home county; Jon is as good a guitar player as you'll likely see & then there's our main man Christon. Truly just on another plane - he's magnificent! An amazing voice & an out-of-this-world stage presence that'll take one about 200,000 feet above sea level. If you've been under a rock & somehow haven't seen these righteous dudes, you need to change that. 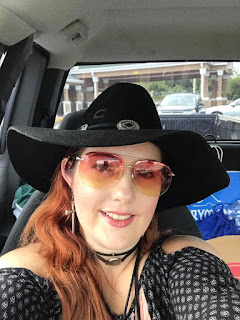 Robin Dixon is a terrific singer & songwriter that I've written about a few times over the last couple of years. With her topnotch group, she is one of the favorites of the 5 O'Clock folks. Her powerful voice & strong stage presence will really impress & leave you wanting more. From their FB page:


We are a band that can communicate real, raw emotion, & energy with our crowd while rockin' a party like no other band!! Our music ranges from Top-40 Country Hits to Honky Tonk Classics, to Southern Rock, to some 90's Rock, & our own originals as well.


This should be a helluva show. I'm going to do my best to get by a least for a bit.


And more live music on Saturday night at both Five O'Clock & The Listening Room.

Enjoy the tunage, friends, and we'll see you right back here next week.