I mentioned a dear old friend in a previous column.  She will always be my favorite harridan.  My children were allowed to call her that, too, after she taught them the word, usually with a huge smile on their faces.  She and they had a special relationship.  They have a special place for her in their hearts (and their stomachs).

My friend would come over and bake.  She made cookies galore!  Her cheesecake was the best I’ve ever put in my mouth.  She would share her recipes, but would always leave out one ingredient when sharing so hers were always better than mine.

A lil’ old Irish woman, she had a unique way of dealing with my children.  One of my favorite memories is of her taking charge of the firewood.

We had a fireplace.  For a few years that was our only heat.  There was a pecking order: my oldest cut and split it, and the rest had to unload it and stack it neatly on the porch.  Mama brought it in, built the fire, and cleaned out the fireplace.  Sounded like a fair deal to me.

Finally, my friend asked if she could borrow his cell phone.  She said her battery was dead in hers, and she had a very important call to make.  He reluctantly gave it up, but did (sure he was thinking about what kind of cookies he was going to get that evening).

She turned it off and shoved it into the bra of her considerable bosom.  His mouth fell open and he couldn’t say a single word.  Don’t mess with lil’ old Irish women.

He was kindly informed that he would get his phone back when all the wood was unloaded and neatly stacked.  He didn’t –dare- try to take it back.  He was Johnny-on-the-spot unloading and stacking after that.

He got his phone back, I got my wood stacked and we all ate well that night.  I didn’t get cheesecake though. 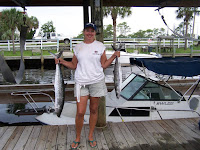 A jack of all trades, Bess Tuggle has been a Covington resident since the late 70’s. She's been a K-Mart cashier, cabinet builder, vet tech, office manager for a beef cattle ranch and water well company (where she was able to hold benefits for D.A.R.E. and Scouts), a court reporter, business manager, assistant at a private investigation firm, legal assistant, convenience store clerk, landscaper and elementary school substitute teacher.  Her greatest pleasure is being a wife, mother and grandmother.  Her stories are all real, and all names will be withheld to protect the innocent, and also maybe the guilty, depending on the crime & the Statute of Limitations.

The Piedmont Chronicles
Posted by MBM at 8:13 AM