[TPC] - Perrin Lovett: Independence From What?

Happy Independence Day, America! Or Independence Week, the week of July Fourth - I’m not sure about the week’s publishing schedule. I truly appreciate the comments, here an on the socials, on last week’s installment about the Vampires of Austin. One mentioned that the subject was “very disturbing and incredibly sad.” Yes, yes it was and was so intended. So, too, might be the tone of this column; consider it a call to festivity and a warning.

This Fourth is the 242nd birthday of that unique nation we know as The United States of America. For Americans, it is good and right to celebrate, so long as the celebration is for the right reasons. Folks, while hot dogs, beer, and fireworks are worthy accompaniment for Independence Day, they are not the heart or focus of the holiday. Freedom is. Freedom and tradition.

On July 4, 1776, a small group of men, with vested interests, signed off on a Declaration against the King of England. They essentially gave him the finger. They were serious enough about freedom to risk a war with the world’s most powerful Empire.

Today, are we that serious? Are we serious at all? What, exactly, do modern Americans celebrate independence from? From rule by the British, sure. I do note that many, many Americans are held in rapt attention by Royal weddings and Downton Abbey. But that’s cultural. We are free from the long list of injuries and usurpations set forth in the Declaration - as committed, then, by George III. Go down that list and see how we’re really doing all these years later - with the usurpations of Washington. 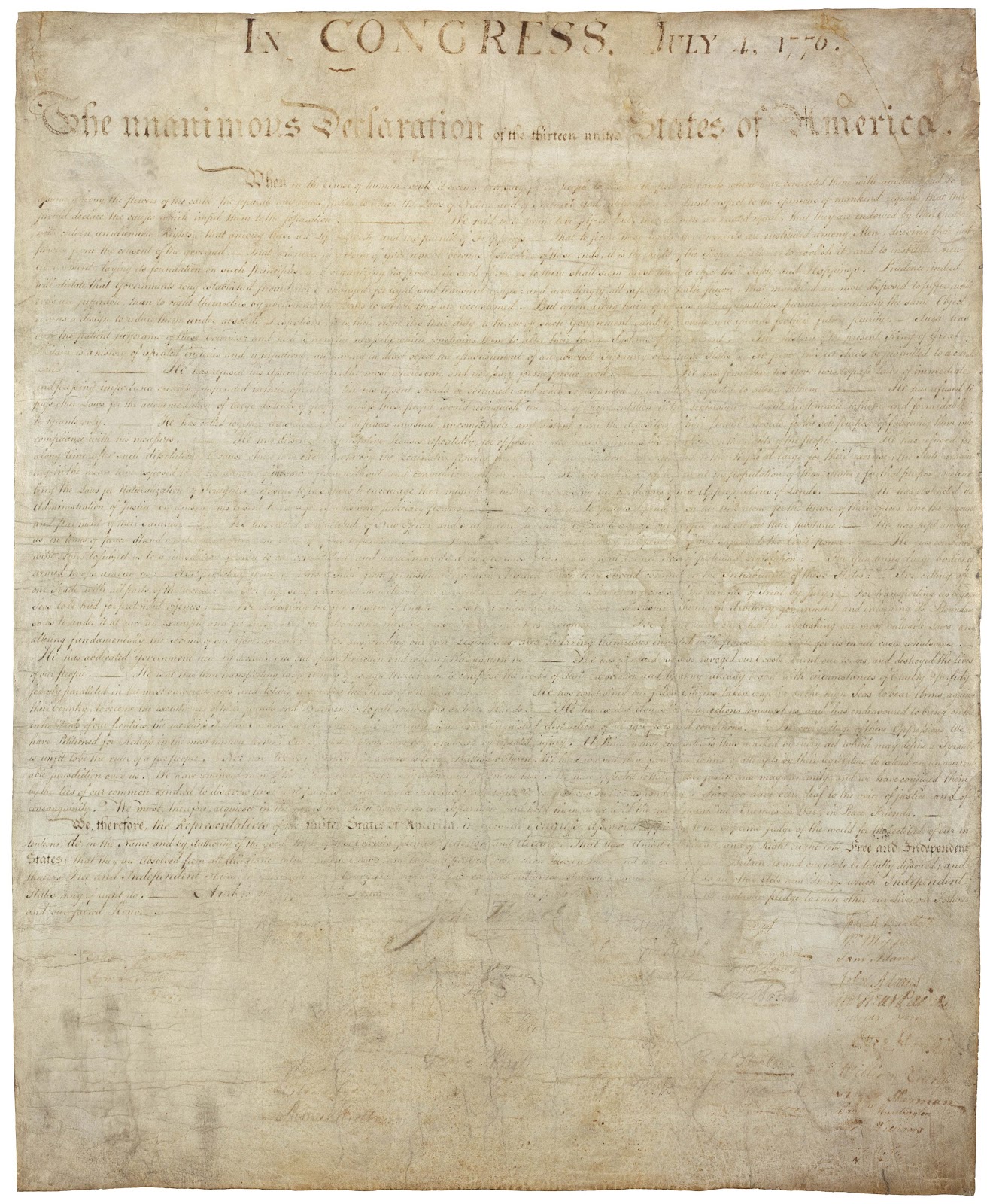 Among the complaints against the ancient Monarch was that he imposed taxes on the people without their consent. I forget exactly where I got this, but I recall it was sound: equalizing all forms of taxation from 1776 into a representative income tax, the rate of such would have been around 2%. And this rate only affected a few professions, those heavily dependent on things like paper. (Note: lawyers and newspaper publishers make powerful enemies).  Compare that rate to the lowest rate currently bestowed upon us by the Trump revisions, 10%. Unless I’m mistaken, 10 is larger than 2.

It’s not just the taxes and the governance that has changed. The people themselves are different. In a way, 325,000,000 people sandwiched between Canada and Mexico render into 325,000,000 different individuals. In another way, there are now two general superclasses of people: Americans and Not Americans. I really doubt you need an explanation to differentiate between the two.

There was a clear definition of the original Americans, the free people of the new nation. They were, geography and royal allegiance aside, English. The Declaration addressed “our Brittish brethren” and “the ties of our common kindred.” The Preamble of the Constitution of 1787 repeats this sentiment and clarifies its perpetuation:

“We the People of the United States, in Order to form a more perfect Union, establish Justice, insure domestic Tranquility, provide for the common defence, promote the general Welfare, and secure the Blessings of Liberty to ourselves and our Posterity…”

In between, the forgotten Articles of Confederation reiterated the notion of the “the free inhabitants” of the several States. See: Art. of Confed., Art. IV, as ratified March 1, 1781.

According to the 2010 Census, this Posterity was down to a mere 8.4% of the population. Here, I’ll add that, due to definitional changes, the real percentage is likely closer to the 1980 tally, 26%. Still, it would seem that actual Americans, as originally intended, are a minority in modern America. If one expands the original definition, to include all of any European descent, then the majority is restored, though it is shrinking.

The Not Americans, it seems, would have it shrink to a minuscule level and then totally disappear. The globalist, socialist left has shifted the rhetoric from Ronald Reagan’s (pitiful) “Anybody … can come to America to live and become an American,” to “everyone is already an American, now let them in!”

An aside, and just for fun: If your favorite leftist (or “conservative”) friend suggests this to you, then agree with them. Smile! And add that, as Vladimir Putin is an American who just happened to be born in Russia, he would make an ideal American President. Putin, 2028! Maybe add that in parting.

Sadly, this is what happens to all large, civilized societies. Plato gave us five stages any such state passes through - aristocracy, timocracy, oligarchy, democracy, and … tyranny. See: The Republic, Book VIII. We’re somewhere between stages four and five right now. Actually, I classify the present as a combined ochlocracy and oligarchy, the mob mess being a holdover from the democratic era. Anyway, at these levels, war is frequently an experienced condition. 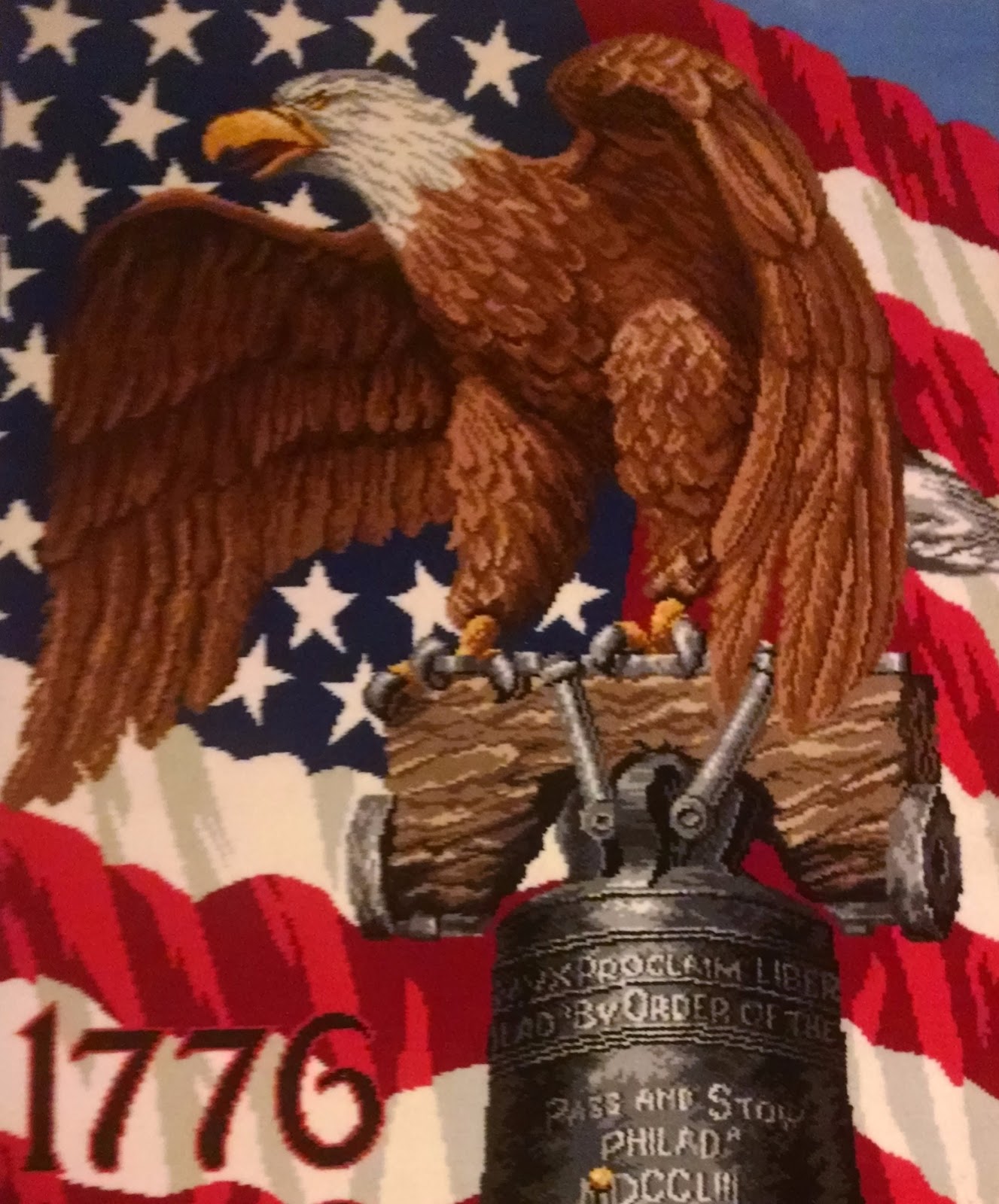 So, as you celebrate the 242nd birthday - and do celebrate - ponder whether there will be a 252nd. I suspect there will. However, I’m something like 67% confident that the 262nd will be another matter. Amidst all the booms and crackles and the red, white, and blue, remember the reason for this season: the existence of a free, independent, prosperous, sovereign, and distinct People. Then, perhaps, consider preparing for the coming end of that existence.

PS: They say a house divided against itself cannot stand. We may soon find out.

PPS: The War of the 2030’s, if or when it comes, will probably include the main component of an actual civil war, a feature lacking in that unfortunate affray of the 1860’s: two or more factions fighting for control of a central government. That may be a feature; I doubt those in the Redoubt, Aztlan, or Alaska will really care what happens on the Potomac.

The Piedmont Chronicles
Posted by MBM at 9:57 AM