It's another day in paradise & another week in the book of living the dream here in the glorious Georgia Piedmont, my good friends. Some high pressure & northwesterly winds should keep the humidity down & we're supposed to have a few really nice, sunny days, or at least according to the Atlanta meteorologists. So, we'll see...

College football is so close you can practically taste it, and that makes many of us - Yours Truly included - very happy. To that point - How 'Bout Them Dawgs? Well, things seem to be looking pretty darn good. While we might not have some of the star power we had last year, particularly at some of the key skill positions, a fair argument could be made that this UGA team, from top to bottom, may very well be better & deeper than last year's edition, and that's pretty damn exciting! 19 days, folks! As Erk would've said - GATA!!!

Be on the lookout this fall for posts about Georgia football from our sister publication - Go You Silver Britches!


Let's get down to brass tacks, shall we?

As I wrote about 13 days ago, the Newton BOC, by a vote of 3 to 2 (Cowan, Edwards & Schulz), decided to NOT raise our property taxes just yet in its budget meeting. Instead, they made a very prudent decision to continue the funding of the county's operations from the previous budget while going back to the drawing board to see if another solution could be found. As I also wrote about, things apparently got ugly after the meeting as Commissioner Sims & Chairman Banes both allegedly lost their "cool." Apparently they were both really mad that we didn't raise taxes. And still questions remain as to whether or not some folks in the community feel that advocating for limited government & wise stewardship of tax money is somehow racist. Whiskey Tango Foxtrot, indeed!

However, in the past two weeks we have seen multiple instances of public officials talking with the local press in an attempt to answer questions about perceived questionable spending. County Manager Loyd Kerr, County Public Information Officer Bryan Fazio & Sheriff Ezell Brown have all seemed to be on a public relations campaign here the last several days. Whether it be answering questions lavish gifts given to employees, or attempting to explain high-dollar meals or various other P-card purchases, you can tell this was a coordinated attempt to improve the optics of the situation. With the uprising we've seen with many in the community regarding the tax assessments, the desiring to raise the millage rate & some of these other questionable expenses. Well...I believe it paints the county government in a poor light.

This all, ultimately, bodes well for the Newton Co. taxpayer, in my opinion. Notice has been given that the Citizenry is watching, and paying very close attention, and that we have to do better here in Newton Co. Much of the credit, I believe, has to be given to Mr. Larry McSwain & his advocacy group - Citizens For a Better Newton. A few years ago, the proposed higher budget would have just been passed, no questions asked. 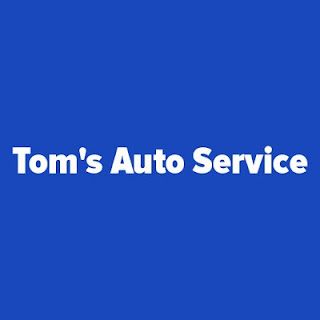 And I'll also take a moment to applaud these same public officials for at least engaging with some in the community & the local press, though you have to wonder if maybe most of it is just for show. In fact, I hope to have a sit-down with Sheriff Brown in the near future. Regardless, the die is cast, and I believe we're ultimately moving in the right direction.

As per usual, lots of moving parts in & around the Piedmont: JDA Chairman Verner gettin' that sweet hook-up? Questions with some of Chairman Banes' P-card purchases. The two-way assault against BOC 4 GOP candidate, Spencer Arnhart? Democrats being told he's "with Trump" while "Republicans are being told he's a Never-Trumper. JC bordering on desperate? Lots of things we're working on, folks. Stay tuned...