The great thing about studying the government is that there is never an end to the discovery of new and, sometimes heretofore, secret programs! The bad thing is that one keeps discovering all these damned secret programs. This week’s revelation: the TSA spies on flying Americans, even those not suspected of anything.

Jana Winter of The Boston Globe broke the story over the weekend. Kudos, Ms. Winter. The Washington Post piled on, adding that the program, while secret, isn’t new; it’s been ongoing for a decade. Some of the Wa-Po comments are interesting too: no matter how bad it gets, there’s always a steady stream of American idiots ready to defend any and all manner of tyranny. “Thank Gaia the government keeps me saaaaaaaaafe…”

Getting right to it, thanks, again, to Ms. Winter:

Federal air marshals have begun following ordinary US citizens not suspected of a crime or on any terrorist watch list and collecting extensive information about their movements and behavior under a new domestic surveillance program that is drawing criticism from within the agency.The previously undisclosed program, called “Quiet Skies,” specifically targets travelers who “are not under investigation by any agency and are not in the Terrorist Screening Data Base,” according to a Transportation Security Administration bulletin in March.

All this started on a sunny, cool morning in September 2001. Remember that? Two airlines hit two skyscrapers and, then, three skyscrapers collapsed? “Pull it” ring a bell? Ah, well…

In response to 9/11, a tyrant’s wet dream, if ever there was one, the nation was sold on a variety of new measures to “protect us” from terrorists. Yes, as opposed to the $$$Trillion$$$ wasted on war and theater, it would have been far cheaper and easier to simply respect the Second Amendment and allow airline passengers to bear arms. My theory is that a few terrorists shot dead would deter others. Anyway, that would be way too easy, and it would not benefit the almighty state. The state needs programs. 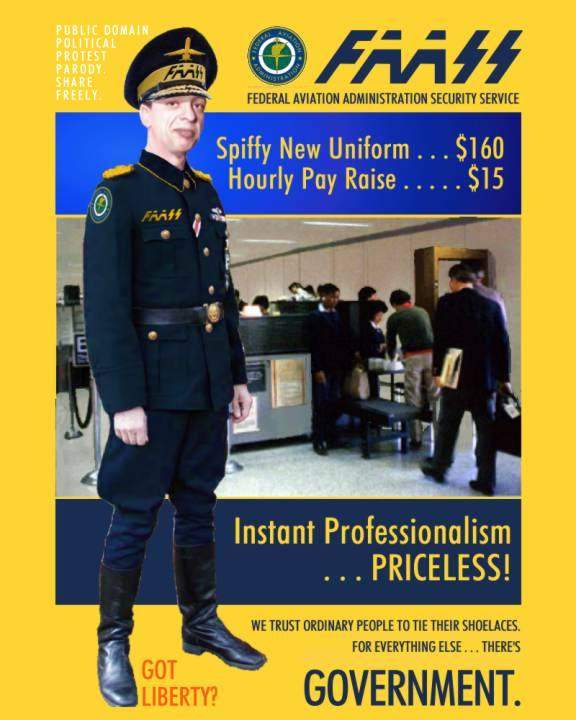 Respect der Schutzstaffel! Barney, is that you?

So, who gets the treatment under Quiet Skies? Turns out it is such nefarious characters as business people, flight attendants, and other federal law enforcement officers.

Some of the “abnormal” behavior the super-troopers look for:

If you fly, and you engage in any of these insidious behaviors or any others on the list, then know that the man is watching! It’s obvious you work for ISIS. You probably collude with Russia too.

A new, truthful spin on an old and worn saying: “If THEY are doing something wrong, then YOU have something to worry about." And people are starting to worry. Keeping a watch on the innocent is raising the ire even of some of the agents doing the watching. It concerns civil libertarians. It should concern you.

“Some also worry that such domestic surveillance might be illegal.”

Might be illegal? There’s no might to it. Foregoing the privacy concerns and warrantless, suspicionless surveillance technicalities, try to find Constitutional authorization for the program. Heck, try to find transportation security, airplanes, or flying in the Old Parchment. Have a look, I’ll give you a minute…

Find it? No. Probably because the federal government is in no way authorized to spy on flight attendants, employ air marshals, or maintain the TSA. Remember this the next time you vote.

And, as it’s illegal, it’s also ineffective. The TSA provides no data on any arrests, charges, or terror prevention associated with Quiet Skies - likely because there is no data. No point. They call it “security theater” for good reason. Studies have determined that TSA screeners miss test bombs headed for planes 95% of the time. (By government standards, a 5% success rate is stellar, more than justifying another year’s budget.)

This author does not fly commercial. The program is, therefore, of no direct concern to me. If you do fly the unfriendly skies, then you might be justified in feeling like you’re in that old Rockwell song. Somebody probably is watching you.

If you’re okay with that, then fine. If not, then join me in calling on President Trump to immediately end this charade. Let’s have a little noise in the sky. A little more freedom. A little less “safety.” 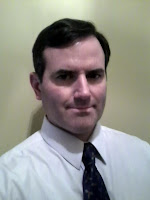 The Piedmont Chronicles
Posted by MBM at 10:57 AM