[Perrin Lovett] - A Letter From The Other Resistance

(Zi work for the Democrats but similar-feelz workers and Zir have pledged to undo the last vestiges of freedom-minded civility therein. And RUSSIA!!!)

Forward by Perrin Lovett: I am, today, taking a rare break from my duties as your C.F. Floyd Writer for National Affairs. My apologies but the following is important … and I felt lazy over the weekend. I was inspired by the brave, anonymous, totally unverifiable, and probably make believe Op-Ed in Carlos Slim’s Blog The New York Times last week. The guest author herein is a senior official in the Democratic National Committee and Politburo whose identity is known only to me and my trusty Possum, Tater, and whose very life would be endangered by something if, you know, stuff happened. I believe that only through satirical anonymity can the truth be of service and not of dissent. I invite my readers to submit questions about my policies in publishing this tripe and my extensively exhaustive R&D worthiness testing regarding the difference  - please submit those anywhere but here.


The Democratic Party is facing a test of their will to dominate all life unlike any obstacle faced by any modern band of serially unemployable hacks since at least Stalingrad, maybe later.


It’s not just that there are probably sealed military indictments awaiting execution. Or that the country has united in a sense of being sick and tired of marginalization, cultural and economic rape, and destruction. Or even that In-N-Out Burger has John 3:16 printed inside the bottoms of their soda cups.


The dilemma — as we try and try again to slouch towards Gomorrah — is that maybe four or five senior members of or elected officials within Zest Zown Party are working lazily to frustrate the total fulfillment of the Marxist agenda here in the boundaryless ideological proposition formerly known as “America.” Like some lingering specter of Sam Nunn or Zell Miller they just will not fade away. 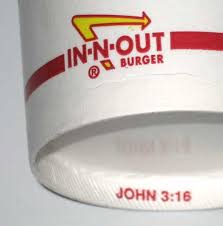 
Zi don’t know. Ze am NOT one of Zem. Here, may Zi zote zat zhe zersonal prozouns are dizzicult until zed Meds kick zin… Zep!To be occluding, zours is not the faux popular “resistance” of the neocon “right.” Seriously, you can just keep David French, Ben Shapiro, and Marco Polio. We want the hardcore leftitarium - Total Globalist Communism! Whether the hell you like it or not and even if it means another 250 Million innocents killed!Ze believe zour first duty to the DNC is complete and universal adoration of Moloch. Ze realize that these leftover “Dixiecrats,” “working-class” Democrats, your grandfather’s Democrats are getting in the way of our total destruction and desecration of the remains of the old republic.Ze’re doing what ze can, zeriously.


The root of the problem is the adherence of a very few to the rosier aspects of the old lies we used to tell. Actually, Christianity and Western Civilization are the real problems, but zanyway…


Though these traitorous few were elected as Democrats, they demonstrate a subtle weakness for pseudo-championing the things WE hate the most: free minds, free markets, and free people. At best, they think they can play along with the other side to get a few slightly higher taxes and a little change for some dubious programs (i.e. bridges to nowhere collapsing with the first stiff breeze). At worst, they may really believe in God.


In addition to occasional lack of faith in the press acting as the veritable “enemy of the people,” the Blue Dogs proclivities are possibly anti-abortion and anti-anti-gun. Fo real, Y'all; some of them duck hunt and most of them like children (and not in “our” way).
They’ve got it wrong. Unlike our good, boring, and doom-saying past president, Obama “Son of Kenya” the Magnificent, these losers seem excited by things like low unemployment, lower taxes, deregulation, a higher DOW, fewer overseas adventures, and the real possibility of peace with North Korea, China, Russia (who owns Trump! BTW), and maybe Syria and Iran.
All of our success - from the income tax, to the Federal Reserve, to Roe, to the Immigration Act of ‘65 - have come from lies and deception, from utter contempt for the American people, the truth, and human decency. That success did not come from bitterly clinging however lightly to the ideals of the Founders. And it’s because of the DINOs that we don’t yet have complete gun control for the proles. If they keep it up, then maybe we never will.


If these duplicitous Boy Scout do-gooders aren’t stopped, Trump could actually stand a chance of making America great again. Get it? For instance, what if he shutters the fedgov over his wall, and then the sheep realize they don’t even need D.C. anymore? What then??? Do you want a nation of free and happy, gun-toting, Bible-thumping hillbillies?! ZE ZON’T!!!Our meetings… At important party meeting and pizza parties, these John Wayne-style, smaller (meaning not total) government cretins don’t miss a beat. They erratically dismiss spirit cooking. They illogically and without reason insist on logic and reason. !SCIENCE! But not narrative science. It’s like these saps really believe in math or something. A few of them don’t always remember to dismiss Alex Jones as a discredited, flimsy, all nuts conspiracy theorist. I even heard one of them say the NFL players should stand up, shut up, and just play. I know we usually reserve this line for MAGA Man, but .... literally worse than Hitler.Okay, okay, okay … it’s a hot potato but our Illuminati overlords need to know that there are still a few of zus true deceivers in the pile. We recognize the whiff and odor of righteous freedom - and ze hate it. Ze’re doing what ze zan.The result is a murky, fading duality in the Party.


Take Russia and the false-flag BS Mueller hysteria: everyone knows there’s nothing there. But, at least the one side of zus is trying to obstruct the Constitution, the law, the will of the people and their God, and temporal reality in any way possible.


The others, those part-time dabblers in mixed, ultralite socialism, act like the whole charade is a charade. They’ve essentially conceded that just because there is absolutely no indication of meddling in anything by Russia, let alone in concert with Trump, that there was no meddling by Russia and Trump. Hello!!!! Hillary was supposed to be our Dark Queen, Lucifer’s regent above ground, you bastards! Now she just stumbles down the stairs, gaining weight, with no contributions from Russia or the Saudis and no merch coming in from Haiti, stuck with Bill, all the while keeping a bleary eye out for the White Hat PMOOs.Ze know the truth. Ze are not as stupid as the vapid usefuls in the MSM. The was no Russia story. The deep state is in trouble. The fly-over country rabble and assorted deplorables have woken up. They say, “WWG1WGA,” and they mean it. They’re organized and we can’t even get all “liberals” onboard with simple shit like supporting MS-13, ISIS, college thought crime codes, and throwing pretty conservative girls off of YouTube and Twitter.


And ze can’t even convincingly cry about some sort of Constitutional Crisis as we’ve spent the better part of the past century asserting that the Constitution doesn’t exist or if it does, that its racist.


A larger problem for us isn’t necessarily our lack of direction or motive. Uncle Screwtape told us that would work itself out … if. The real trouble is that normal traditional Americans are starting to see us for what we are.


We’re losing allies too. Warmongering John McCain wasn’t the friend we deserved but he was the need we wanted. Now he’s gone off like an old Zuni rocket. That, and the fact there will be no “blue wave” means something. Even with all the RNC bow tie types bailing, we’re still going to stay in the minority in the House and Senate. Then when Trump is re-elected in a landslide… ZAMN ZIT!! THIS IS WHY ZHEY INVENTED SAFE SPACES AND XANAX!!!!!!! 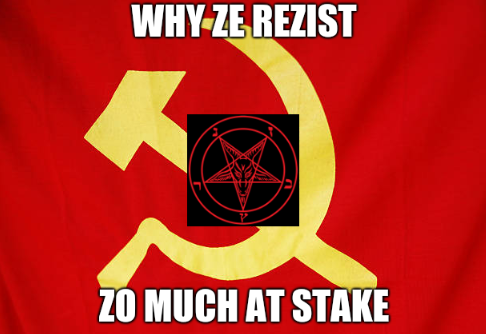 (Message from the resistance.)


You’ve heard of The Times alleged resistor. A total fabrication, that. I heard their board tokes it up frequently. Or, it could be another Trump end-around, make-the-fake-news-media-dance-like-performing-monkeys trick. Possibly … it’s some deep stater who hasn’t been ferreted out just yet - but, either way or any way, not a word of truth in it.


But there is a resistance, a real resistance, a really malodorous resistance within the DNC and the deep state, dedicated to resisting anyone who dares, even in the smallest, slightest, leastest, most unassumingly unintentional way, to put this country first. The only positive difference will come when Ze reach above soft “mixed” socialism, above mere communism, and embrace the satanic globalist vision of hell on earth. And Ze must kill off that most odious of labels: Americans.***The writer is a high-ranking, senior, totally real, and not made-up fake official in the People’s Democratic National Committee, Ministry of “Truth,” likely insane person, and possible demonic possession victim.Follow The Piedmont Chronicles National Affairs section on Farcebook and have your every move tracked by a soulless robot who sells your private information to the highest bidder.