Perrin Lovett: A Global Failure, Not a Progressive Collapse

Given my headline (mine, unless editorially altered), one might assume this column regards the accelerating economic decay or the impending general political cataclysm. It does not; my apologies. An alternative, or modifying, title might well be “The Demise of World Trade Center Tower Seven.” You will, I trust, remember that event, occurring eighteen years ago, this week.


It is well known that the United States DOES NOT negotiate with terrorists. That is why, following the longest and least successful war in American/United States history, “your” government is currently negotiating with the Taliban regarding the surrender (to the Taliban) of Afghanistan. USA! USA!


The Afghan Taliban, along with Osama Bin Laden, Saddam Hussien, perhaps Mossad, SIS, and the CIA, and possibly even elements of SPECTRE, may have been the proverbial “some people” who “did something,” in the parlance of an elected official I don’t think I’m any longer allowed to reference. That said, on September 11, 2001, the United States was attacked in spectacular fashion. (Those over forty may vaguely recall). Thousands died and prominent buildings were destroyed. One of them - the one you’re supposed to have completely forgotten, if ever you heard of it in the first place - was WTC7, aka the Salomon Brothers Building (alt., 1988-2001). You may also recall that it was embarrassingly announced collapsed IN ADVANCE of the actual event and despite obvious video evidence to the contrary. 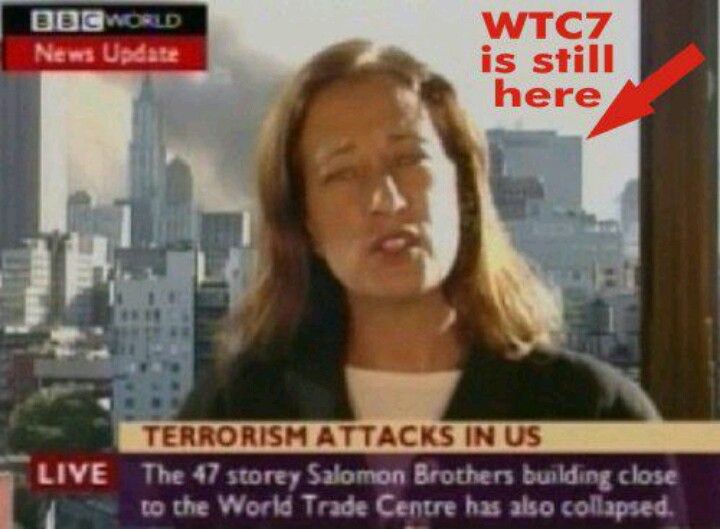 
The general public long ago accepted, without question, the official narrative of what happened to WTC 1 & 2 (the Pentagram and a Penn. farm field), that being whatever the breeze blows in at any given time. Regarding WTC7, not much, officially, has ever been stated. FEMA largely passed on the issue, leading the NIST to issue a series of pseudo-reports which kinda-sorta pinned the blame for the collapse on the shifting of one single steel beam at one single juncture. And, FIRE! Something like that. Plausible alternative explanations were merely written off as “unlikely,” because… well, just because. Not that anyone, in the nearly two intervening decades, has cared much - if at all. Until now…


Dr. Leroy Hulsey, Ph.D., of the University of Alaska, Fairbanks, and his team with the Institute of Northern Engineering (INE) have issued a preliminary abstract report and a press release concerning their extensive investigation into the Tower Seven collapse.


The objective of the study was threefold: (1) Examine the structural response of WTC 7 to fire loads that may have occurred on September 11, 2001; (2) Rule out scenarios that could not have caused the observed collapse; and (3) Identify types of failures and their locations that may have caused the total collapse to occur as observed.


The full report is due in November, after a two-month period of public commentary. Learn more about the process at the INE website. This investigation probes the hard questions and the improbabilities and goes into much greater depth and physical detail than did the NIST review. 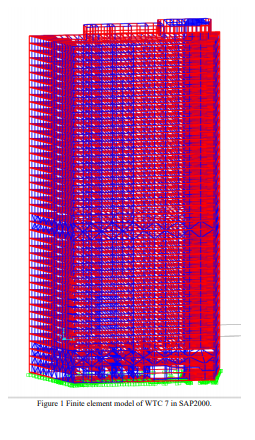 
For the “knock your socks off” experience,


Despite simulating a number of hypothetical scenarios, we were unable to identify any progressive sequence of failures that could have taken place on September 11, 2001, and caused a total collapse of the building, let alone the observed straight-down collapse with approximately 2.5 seconds of free fall and minimal differential movement of the exterior.


What does this mean? In essence, it means that the official narrative (as always) was dead wrong. That, by itself, would only suggest gross incompetence in and by “your” government. Who, really, even needs the suggestion? It’s the extrapolated ramifications that should set off alarms. Absent heat and/or stress failure, what brought the building down? The ready if the unpopular answer is “controlled demolition.” That would have had to have been planned and prepared aforehand. Who? Why? Cui bono?


All of this, I leave to your esteemed… Oh. Muh. Gawd. I just remembered - it’s football season! Kindly disregard everything I’ve just written, grab your favorite intoxicant(s), and report to your nearest electric mind control telescreen. Towers down and goal to go!*

*You also have that cool election a-coming next year, wherein everything will finally be fixed. Yeah! That's it...