2020 has certainly been quite the year, and the lack of live music has been tough to deal with for many, this writer included. While music venues have largely been empty & quiet over the last several months, that seems to be changing & that's a cause for celebration for many.

While the live aspect has been limited recently, several bands, performers & artists have taken this time to work on new material.

And I'm pleased to report that one such group is one of TPC's faves - The Bitteroots.

Recently the band released a new single - Time to Spare. And folks, I've just got to tell you this - it's superb. 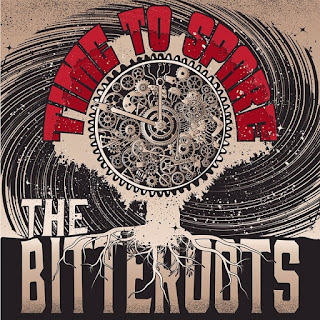 It's definitely a groove jam, there's no doubt about that, but it's so dynamic...it's really hard to put into words.

It almost has equal parts vibe of Carole King, Sheryl Crow, Allman Brothers & the Dead but it's definitely a sound all its own. What it is, really, is the unique essence of The Bitteroots. It hits all the spots. Laura's passionate, soulful vocals; the machine of a rhythm section of Mike Davis & Covington's own Bill Taylor;  some top-notch guitar work by PJ Poellnitz & the always key, exquisite sax sounds of Derron Nuhfer (and it's that horn that really solidifies the Bitteroots style, in my opinion).

Really, this track is the encapsulation of The Bitteroots - blues-infused, hook-laden groove & jam rock!

Obviously, as some of you know, I'm a big fan of these guys & - especially in this day & age - I'm just so damn glad they're out there doing their thing!

I give Time to Spare 5 Stars out of Five! A damn, good cut!