*ed note: This piece was written by Ellis on September 8th.

OK there's no All Star Game this year and hence no All Star break. As a matter of fact we’re two-thirds of  the way through this sixty game season and MLB has managed to pull this off fairly well.

The  Braves are in good shape. As it stands now we would be the second seed in an eight game league tournament and play the seventh seed, a third place team in one of the divisions 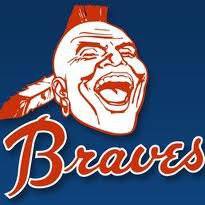 It looks as if we might have come up with a second reliable starter, young Ian Anderson. How far we can go in the playoffs likely depends on whether Cole Hamels comes off the injured list this month and reliably fills the third spot. We have the best and deepest bull pen in either league. We have six starters batting over 300, Austin Riley is on a tear, Freddy just completed an 18-game hitting streak and Albies will return soon. Oh, and we have excellent defense.

If we're able to return to a full schedule next year, I don't want to see all the pandemic rule changes retained. I don't like the seven inning doubleheader games. Even worse is the start extra Innings with a man on second rule. It isn't fair for a reliever  to receive loss or lose a save because a runner on second base --which he didn't put there-- scores on a bunt and a sacrifice fly. I don't want to see these extended playoffs again. Keep one wild card team and make all series four out of seven.

I don't like these rule changes because they mess with the history of the game. Baseball has been keeping records for a hundred and fifty years. fans like me rely on these like the Bible. Some of these changes don't really mess with the records. I surprised myself by finding that I have become accustomed to the designated hitter rule. The American League has had this rule  for forty-seven years. That's long enough that it's already part of the history and I confess I like to see that extra bat in the lineup. Likewise with the new rule that a pitcher coming in from the bullpen must face at least three batters. It speeds up the game and I think makes it more interesting.