Good to be back w/ you after our late summer/early fall break.

The especially ugly ones on Hwy 36 on the south side of town once completed: 180 units

The "Cove at Town Center" off Alcovy Rd: 350 units

Neely Farms (to be fair, these are technically considered townhomes [no word if these would be freehold vs leasehold]): 227 units

Add to that the approx 300 apartment units that have recently been developed & that brings us to a grand total of...

Per the US Census, the average household size in Covington, GA is 2.59 persons per.

Now, I know some of these new apartments are one-bedroom units, so the aforementioned number might not track, but let's just go w/ 2 persons per unit (a conservative number in this writer's estimation). That would add 2800 people to the City of Covington over the next couple of years.

Again, per the US Census, Covington's current population is right at 14,000 folks. That means the home city will, population-wise, grow 20% in just 2 to 3 years.

That sounds like at least a new elementary school. Maybe two. A new middle school? Millions & millions in other infrastructure expenditures.

Gee, I wonder if property taxes will be going up?

The big problem, as I see it, is this:

We're already busting at the seams, especially w/ thoroughfare capacity. We'll be behind the 8-ball constantly for the next several years & traffic, already horrendous, will only get much, much worse.

Yours Truly forgot about at least one other multifamily development & a couple of new residential starts. Also -- you can never forget about the "pipeline." And as has been made clear recently, everybody has been rushing to the trough. Multiple other projects have already been permitted & approved.

From Covington City Manager (Newton Citizen) Scott Andrews from a few weeks back:

We are a hot place for business, a hot place to live, and we’re seeing a tremendous amount of growth,” Andrews said. “Just in the immediate city, items in the (zoning) pipeline number over 3,000 units. That’s not including Porterdale and the county. Immediately around Covington, it is closer to 5,000 units and up.

So likely w/in the next 3-5 years (if current trends hold), the home city could literally almost double in population. Could you imagine the traffic?

I'd forgotten about them instituting a one-month moratorium a few weeks back. Ha! Talk about putting a band-aid on a broken leg; or, if you will, closing the barn doors after all the horses are already out.

This will have a major adverse effect on quality of life here.

Aren't you just so damn glad that C-Town "took back their city" two years ago?

And ain't it interesting that Fleeta always misses the important votes. Well, makes sense considering that she's purportedly a legal resident of South Carolina & isn't even legally qualified to serve on the City of Covington council. 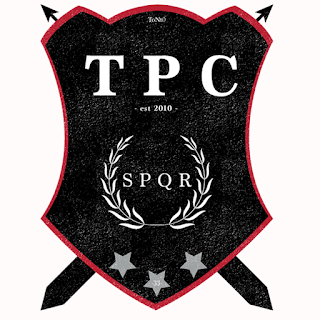