It's time for another Sunday Social at City Pharmacy today, June 2nd. In addition to great food & drinks, patrons will have the opportunity to hear two highly heralded local musicians, Drew Beskin & --finally-- the proprietor of CP, Mr. Tedo Stone, will be doing a set.

Thanks for coming to town; we’re looking forward to the tunes.

Thank you for the questions! Super excited for Sunday. I have the honor of not only playing my tunes but I get to play guitar in Tedo Stone. Tedo is one of my best buddies and I love playing/making music with him.

You’ve been on the music scene for a while in bands like The District Attorneys, Party Dolls, and Purses. How has it changed since you started?

When I started with my first band we toured a bit and tried to see if we could make it as a band. The songs were there but the band never really took off. Party Dolls and PURSES came from wanting to release albums at a faster pace. I finally decided to embrace my name and just start releasing albums under my name like Tedo.  The goal has always been the same. To write and record as many decent songs as possible.

Tell us about the upcoming tour & other future plans?

Tedo and I are doing about 6 shows together this summer. We dont get to perform that much so we are really happy to be hitting Covington, Athens, Atlanta, Charleston and Macon (2x) before we go in the studio to finish Tedo's new album and then start working on my third solo album.


You’ve been in the studio; How do you prepare?

I usually record any ideas I have on my phone as they come. Once I get a decent collection of ones I think have potential I’ll bring them to the band to flesh out. In the past, I’ve tried to get very detailed with demoing out songs, adding multiple layers, drums, bass, etc.. For this record, the demos never made it past my phone with an acoustic and vocals. I reached out to Drew to assist in helping me finish putting the ideas together before bringing to the band. He’s got a knack for song structure and brought a lot of ideas from a production standpoint. Once we finished them, we shared them with Jeremy (Drums) & Philip (Bass) and met in the studio for what would be the first time we’d played them as a band.

Are you going to debut new tracks on the upcoming tour?

Most definitely. Very excited about playing some of the new stuff out live. We still have a few days in the studio finishing vocals, so it’s nice to be able to explore the vocals out live before putting them on the record.

You will not want to miss this one! See you there. 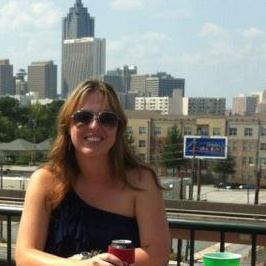 TPC is very proud to have the talents of Melissa Morgan Parker as a Correspondent, Stringer & Contributing Writer. A multi-generational Newtonian, Mrs. Parker is a Mom, Wife, Music Lover, Artist Extraordinaire & Educator who very deeply cares about all & everyone that is the Glorious Georgia Piedmont.