As per correspondence from correspondents, something interesting happened yesterday at the Newton Co. Lions Club on Conyers St.

The NCRP (Newton Co. Republican Party), aka: The Newton GOP, had their resetting of the precincts that ultimately sets the stage for the county convention next month.

I have to definitely tip my hat to the Georgia Republican Party. Even though many have tried to get them to change their most egalitarian ways, they've always refused to change how the grassroots organize (complete w/ The Public Call), and therefore we still have this vital safety valve when it comes to the election of the leadership of the Grand Old Party here in the Great State of Georgia at the voting precinct, county, congressional & state levels.

For the record, the Georgia Dems did away w/ any semblance of this many, many years ago...

As someone who's had direct, active involvement w/ partisan electoral politics dating back all the way to 2008 (Ron Paul, FTW!), I can tell you how impressive & important this is.

Two years ago, almost to the very day, there was a contentious county convention in Newton Co. (just like every, single one as long as I've been a party watcher) that seemed to create a major rift.

Some would go as far as to say that this rift is why we saw the results we saw last fall.

Many, myself included, felt like perhaps the time had come to try something different.

As crazy as it sounded, maybe - just maybe - trying to settle years-old scores & righting possibly erroneous perceived wrongs wasn't the way to go for the road ahead after all?

But seriously, something seems to have occurred here in the home county that gives this writer & apparently many others hope.

Reportedly none of the loud actors/lightning rods (yourself most assuredly included) attended yesterday's forum.

No, seemingly, not a single one.

Supposedly, it was a really great experience.

Lots of brand new folks & only, purportedly, the reasonable ones of the pre-existing factions were in attendance.

Not sure if they all went into a full group rendition of Kum-Ba-Yah or anything, though.

Regardless, it seems encouraging.

It's that time again, friends. It's time for TPC's quarterly two week break.

And not a moment too soon!

For the next couple of weeks I'll be between classes & am planning on a sabbatical & a walk-about as well as a vision quest.

I'll let you know how all that works out...

Yours Ever in Liberty, 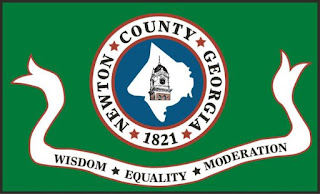