Hello, Piedmont! There are so many national affairs-worthy stories out there. However, I am sometimes unable to report on them here. All things considered, I suppose that’s really just as well. Maybe today’s message will stick.

Yours truly is lodged somewhere in West’s database of international media professionals. My profile is ridiculously inaccurate and there appears to be no updating it. Still, the masters of the MSM claim I just luv

to cover the old A&E “beat.” Odd, no? I do have a certain affection for a certain ultra-hot, super-smart, bold-as-all-heck, sweet-as-molasses A-list Hollywood actress from Israel. I also have this thing for geopolitical theory and post-modern warfare. So, I thought to cobble together what follows. It’s a little “what if” theory, sure to please.

In my last column on these digital pages - the last one that made it - I raved about Gal Gadot’s short-form documentary series, IMPACT. Specifically, I praised Episode Five, Killer Red Fox (which, again, has nothing to do with Fred Sanford). I linked to the show as presented on gorgeous Gal’s official YouTube channel. Now, as of drafting Sunday, it and the whole series are gone. 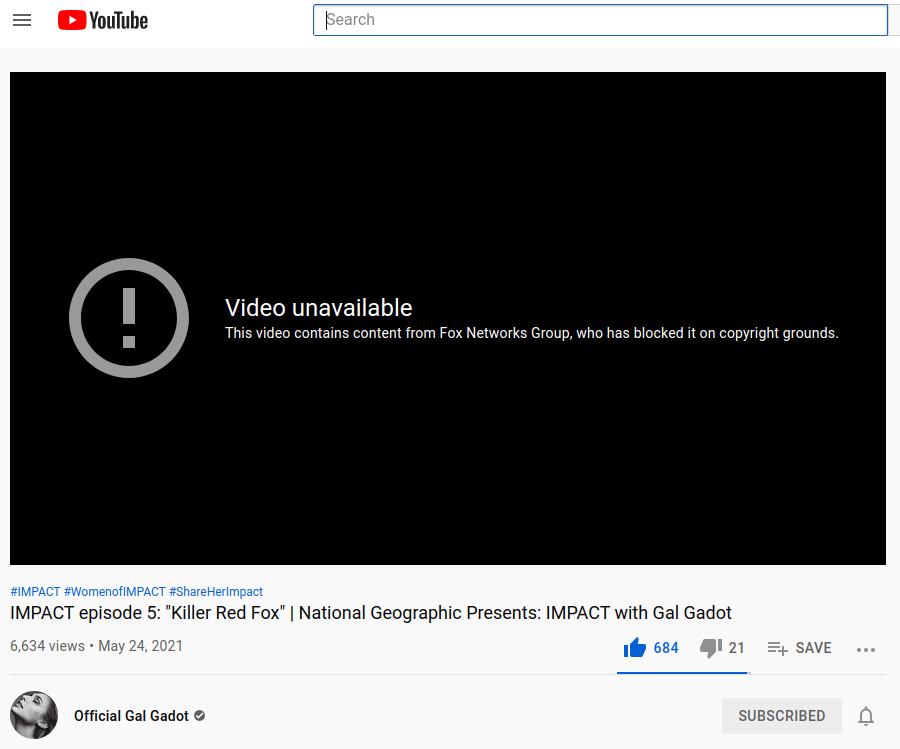 I have no idea what this alleged copyright thing with Fox is. I cannot recall any included material that came from a Fox camera, but who knows? Maybe it will blow over by press time. I do know that the same video is, as of drafting Sunday, available from National Geographic’s YT channel. 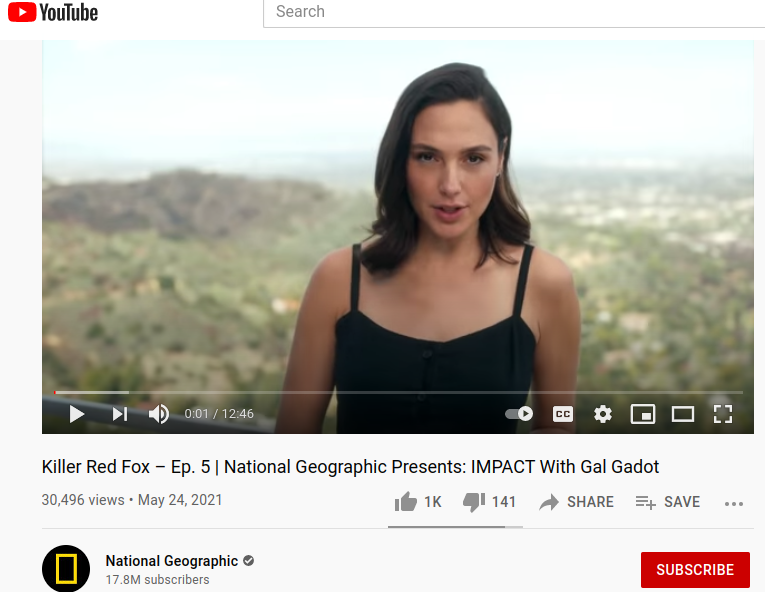 It is a little strange that Fox would go after GG and her boutique Pilot Wave Productions with whatever its claims are while leaving NG (Disney) alone. And Fox just unilaterally blocks material on YouTube? If one knows how Susan Wojcicki and YT operate, then one understands selective censorship. Trust me. I know it well. If this is a legitimate source issue, then that kind of thing is easily cured. Again, the question is about a corporate giant going after a sweetheart and not another corporate giant.

Back to the larger issues, some of you may remember my column from May about how great GG is and how her innocent Tweet started a fake social media war. Right? Goldfish do remember the previous lap, right?

As I noted then, I immediately sensed something nefarious behind the vicious attacks on our Wonder Woman. Immediately. I mentioned some obvious signs of SJW attack, 5GW, a book people won’t read, and the existence of various wars most wouldn’t understand or even acknowledge. About a week later, I was backed up by some Israeli publications, the engineers at Twitter, and a consulting company in France.

I don’t expect the average person to understand what Gal’s sweet message was about. I don’t expect people to understand anything about the latest Likud-Hamas row. I don’t expect them to understand what happened in Israel this weekend. They generally know nothing of politics in Israel (or anywhere else). They couldn’t find Israel on a map of the Middle East if the area between the Jordan and the Med was highlighted in bright orange with a huge “X” on it. They don’t understand the religious-cultural differences between someone like Gal and someone like Susan. The most likely explanation, outside a real copyright issue, for the Fox block on Gal alone, would be lost on them. It plausibly involves a weak, after the fact, passive-aggressive revenge attempt for some of the foregoing things they don’t or can’t fathom.

Yet and still … big things may have just happened. It is entirely possible that Gal Gadot, intentionally or (most likely) unwittingly, ran necessary interference so as to end a war, institute a new government, and provision a nation for the post-USA era. Let me keep this Facebook simple: The girl may have literally saved the day. A real superhero. Time will tell, but for now, I’m going to give her all the credit. She deserves it, even if my theory isn’t exactly right.*

*I’m fully open to the idea that the IMPACT issue was just a silly editing oversight at a young production company. Gal still rocks!

**This column anticipates the arrival of another well-announced-in-advance TPC fishing break!