A Moment From The Editor -- TPC: Going Back To Its Roots

Greetings, friends, and as always -- it's so good to be back w/ you.

Well, I've been doing a lot of thinking about a lot of things. Something always on the forefront of my mind is this space right here -- The Piedmont Chronicles.

Thoughts have been had about the long-term direction of this site & I've decided to pull a trigger of sorts.

It was 2015 when the vision of what TPC was changed to include current events, and more specifically, local politics (as well as state & national politics for that matter). The content volume also ramped up considerably hitting a peak in 2018 - 2020. With massive pageviews that continue to surprise & amaze me, the journey has been quite something over the last six years (and the entire 11-yr history of the page).

However, amongst all of that during the entire duration, I've always had pangs & feelings that I was missing something, and that the true essence of TPC was still not being realized.

A few months ago & I realized the time had come.

The Piedmont Chronicles, as the title of this piece mentioned, is going back to its roots w/ a concentration on local history, events & people. In addition, rather than hitting the local REAL Politick, the site will now also concentrate on the overarching theme of The Esoteric South in addition to true human interest stuff & even...Philosophy!, particularly, the discipline of Stoicism. And we will also even be addressing Culture!

P.S. Though we're going back to our roots, it will not be the same in terms of the output of those first few years. I assure you TPC will average at least a post a week.

But what of the politics? I can hear some of you saying.

Fear not, fearless readers, I'm on the Mutha!

As of a few days ago I've set up a Substack account. This is the platform that most legitimate & non-sell-out writers have been migrating to for the last couple of years.

For one thing, it takes Big Tech out of the picture, especially the two worst offenders - Facebook & Twitter.

It's a subscription model that includes direct email delivery. While some writers charge a subscription fee, they still offer a good bit of their content for free. At the moment, I'm not charging any subscription fee. In the future, I might very well do that, but like most Substackers, I will be offering a good deal of my content for all subscribers - paying or non.

Without any further ado, here it is:

MB's Word on the Street

Another really cool thing about Substack is that it allows for me to do podcasts, which I will be doing in the near future, as well as the ability for folks to listen to articles in addition to reading them. It's pretty darned cool.

As of press time for this piece, I'm already at a few dozen subscribers after a social media post from a few days ago. Very much hoping that number will grow very soon. 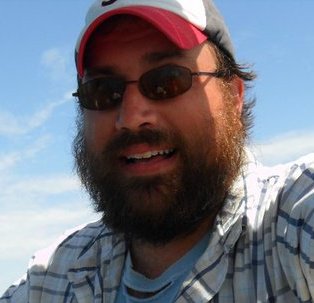