[Perrin Lovett] - Is America Still a Nation? -A Brief Examination in Light of the Ongoing French Rébellion-

Humpty Trumpty sat on The Wall,

Humpty’s Nation had a great fall.


1965 came with some political lies - lies that fostered a few changes, some of which you may have noticed. Back then, the liars lied when they said a little immigration law tinkering wouldn’t change a thing. Now, the liars lie by saying the changes were expected, par for the course, natural. America is, and always has been a proposition nation. Just move right in and instantly become American. Any history, culture, your own experiences, or Constitutional text to the contrary must be wrong … and racist.


Nations have people. They have rules and customs. Culture. They have borders, so as to define one nation from its neighbors. No border means no order. A loud, brash businessman from Manhattan said he understood as much. He says a lot of things. His delivery leaves a little to be desired. 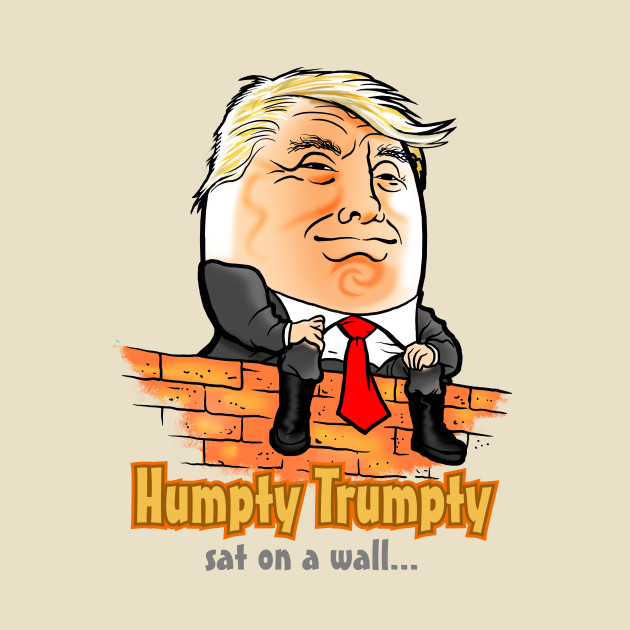 
If you’ve been watching (or if you haven’t), Trump hasn't built The Wall yet. He’s made some (good) minor changes to immigration practices but he hasn’t started mass deportations nor noticeable construction of a solid barrier between the USA and the southerly hordes. Why? Many interests, none of the American variety, stay his hand or, more likely, his will. There’s the courts, the ACLU, Paul Ryan, Ivanka’s tears, progressives, globalists, neocons, churchians, civic nationalists, and other anti-Western forces. What passes for a federal budget hasn’t yet allocated the cash for the project. In fact, the last massive spending item signed into law forbade building the wall.


Trump says he will never again sign such reckless legislation again. Ann Coulter wanted to place bets on that - a bet this author would not take. And, the stakes are high. Right now, some 5,000 invaders stage at the border. Not one is a refugee. Many are criminals and gangsters. Some are lavender freaks. 20,000 more are right behind them. These signature masses are in addition to the 1,000 or so a week who enter the nation illegally. Many, many more come in under the cover of Mr. Celler’s Act. The Visigoths are at the Danube. Well, those of them who aren’t already inside the Empire.


A thing to consider: America’s government and military will, in a heartbeat, lob missiles in or at just about any country on Earth - with or (usually) without just cause. Yet, not a single bullet is fired to protect and defend THIS COUNTRY. Why do we even have a military or a government?


Depending on how one counts them, there are somewhere on the order of 80 - 100 million people within our borders who simply do not belong. They need to go back and we need to stop taking in more. The. Wall. Change after change after change and nothing is done. And no one wakes up.


More things to consider closely: Cheap imported labor never pays off in the long run. Less developed peoples usually, eventually conquer more advanced peoples. Mass migration is never good or never without lasting effects on the host population. Modern migrants are not a strength, but an economic drain. They don’t come to assimilate. At best, they come to live large on the largess. At worst, they come to recreate the very same conditions from which they fled. They come to conquer. See: Aleric! Too much of a bad thing is too much. Just like Valens, we do not halt the inward advance.


Russia defends her borders, to the point of risking war with Ukraine and even Washington. Why can’t we?


Israel defends its borders with snipers. They forcibly deport or imprison migrants, or else pawn them off on dumber countries. Why can’t we?


Italy is, even as I type, rounding up the migrants and leveling their homes, seizing their property. Why can’t we?


Slovakia won’t sign the bullsh!t UN treaty on migration even though their interior minister was the acting UN head when the BS was originally foisted upon the world. Why can’t… Okay, for now, we’ve rejected that steaming load of malarkey. For now. But why can’t we get loud and proud about defending and reclaiming our heritage? That’s what the French are doing.


Remember France? Our oldest ally? Remember, back when the liars were stirring up war in Afghanistan and Iraq, and they whooped about ordering “freedom fries” instead of the French variety? The hicks hollered that we were tough and the French were wimps. Remember that?


Those wimps are out in the streets, burning cities and pelting their Oedipus Rex leader, the bankster batman, Emmanuel Macron. They’re fighting the corruption and the invasion. What are you doing today? 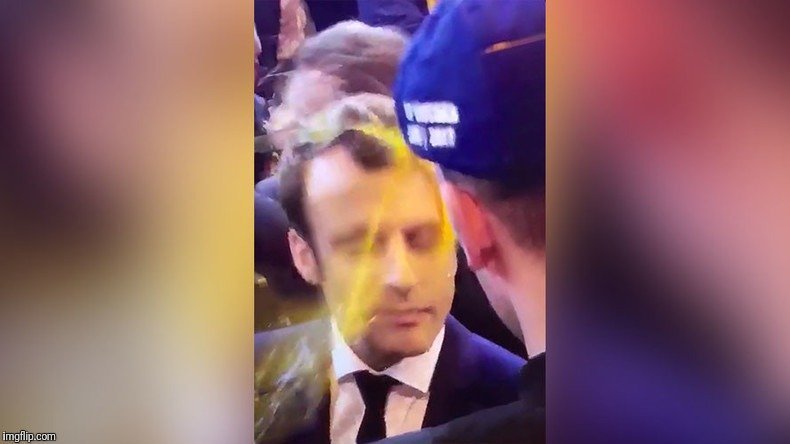 
The real French are winning. The “yellow vest” revolt has little to do with the much-ballyhooed fuel tax increases, although those have defeated anyway; Macron just caved to popular outrage. But the uprising isn’t stopping. They want Louis XVI, as they lovingly call him, out of office - probably out of the country. They’re sick of Macron. They’re sick of economic corruption. They’re sick of the EU. And they’re sick of being invaded by incompatible primitives who hate them, trash their cities, shoot up their theaters, and drive trucks down the G-D sidewalks.


This show isn’t the usual French protest by high school and college students. It is certainly not the “refugee” kind of the past few years. The men in the streets are middle-aged and middle class, les déplorables. They’re fighting mad. Why aren’t we?


For one thing, France, all problems aside, is still a nation; the French are overwhelmingly … well, French. Americans, the Posterity of the Constitution, are getting harder and harder to find since the pot melted. Even adding in their kissing cousins, the French included, nominal Americans are barely 2/3rds of the population - and falling fast.


So, that demo collapse and the concomitant refusal to enforce the border, brings me back to the title question: is this place still a nation? It’s a nation-shaped kind of place. Many still cling to the old ways, the old customs, and the former glory. They cling but, unlike the Frogs, they don’t fight. My guess is that they will. It’s the timing I cannot reckon.


Ending on some really good news! Old Forty-One finally kicked off. C-SPAN tells us he recently arrived in the Ninth Circle. For that, we’re grateful.