A TPC PSA by MB McCart: A Primer on Driving on the Square, About Town Generally & a Couple of Modest Proposals

Previously this publication has discussed some of the challenges facing the centerpiece of our beloved home city, the beautiful Covington Square.

In that piece, I mentioned that traffic & parking are among the two biggest issues facing our downtown business district. And to that point, here, as a service to the general public, is the... 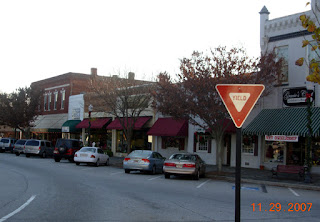 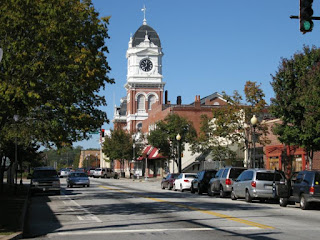 For a large portion of the Square, there exists between the inner & outer lanes, a solid while line, with small breaks in the middle of the east, west, south & north sides, that denotes...something.

"Well, actually," I can hear some of you saying, "that solid white line means that you can't change lanes." Perhaps. Much research by this writer, and a couple days worth of research by the CPD & also an Atty-at-Law I reached out to, seems to confirm that you're not supposed to cross a solid white line; however, time & time again I cannot seem to find that expressly mentioned in Title 40 of the OCGA. It somewhat seems to be common knowledge that you're not supposed to cross a solid white line, but is it really an affixed rule that constitutes a moving violation? Or is it more just kind of like a general guideline? I seriously ask because in several states, that's exactly what a solid white line represents - passing not recommended, but not necessarily restricted, either.

Scott Miller, an attorney, says it is a violation in Georgia, but again - while the Code discusses white lines in Title 40, and more particularly in Chapter 6, I still can't find it where it expressly, specifically says you can't.

Regardless, and to regrettably carry on for far too long on this particular point, most folks believe you're not supposed to cross it, but many folks don't, or they simply don't care, and that really pisses off the folks who "stay in their lane" when these folks whip around them - C-town 500-style - on the curves (Turn Left!).

And this is where I become conflicted, my friends. It irritates me as well! In fact, many times over the years (decades, actually) when I see someone in my rear-view about to whip into that inner lane, I'll actually move to the left, in essence blocking them, and I usually feel really damn good about myself for having done so, though, technically, I may have committed a moving violation myself, but somebody's got to do it. I apologize to no one.


But the traffic analyst in me, and based on countless hours of research from various vantage points in & around the Square the last few years, sees that the more people who actually do that & go ahead & take the next curve & get out of the way actually work to remedy the usual bottleneck spots which ultimately improves overall flow. And, as I've posited many times in this space, it's all about that flow, though!

So...where does that leave us? No closer to a solution, unfortunately. Apparently the city & the CPD have reached out to GDOT to get clarification on the white lines on the Square. I'm sure that'll be a quick & efficient response.

One last thing, though. And a big, big point, I believe. We need to bring back Yield signs for northbound traffic on Church for those turning right onto Floyd, and also for southbound traffic on Monticello for those turning right onto Washington. That, combined with - AGAIN!!1! - adjusting the feeder lights at Floyd & Elm + Pace & Usher, would probably solve the damn thing.

But hey, I'm just crazy, so nobody ever listens to me...

- Perhaps public flogging for drivers turning left onto 278 from Floyd St.? These people are a problem. They should be dealt with ruthlessly & efficiently, you know, for the greater good & all.

-  Can we put in an IQ test for folks getting a driver's license? I know this is gonna sound kind of rough, but a lot of these folks (and you know who I'm talking about here - the down-with-disease, bad-DNA-having types [the Wal-Mart Crowd], various other dullards, mouthbreathers & slackjaws as well as the white & ghetto trash),  just don't need to be driving. In a few years that will become a memory after we transition to automated vehicles, but in the meantime, perhaps we should go ahead & address that?

- And, again, this is going to sound awful - but... I'm the guy that writes publicly what many others are thinking - but you know when you get behind a car with a certain type of license plate, that more times than not, it's gonna be a damn hassle! Just a big ole production with a whole bunch of uninspired, lackadaisical, selfish & inconsiderate driving. 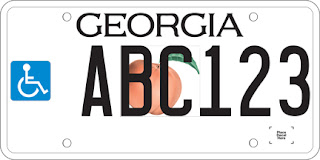 Drive with some purpose, people! Be efficient & expeditious! Be courteous.

But perhaps that's the rub, or, the real story, if you will. As long as we have the human element involved with driving, it's never going to be perfect. So, perhaps about the time we finally get that fully automated driving thing going, it may unfortunately coincide with Skynet becoming self-aware. So while we may be running for our lives, at least the traffic will be better.