Greetings, beloved readers! Fire up a cigar and join Old Perrin once again for another jaunt into the affairs that shape and shake the nation. I invite the fumar cigarros out of devotion, taste, and concern for general well-being. It’s not a secret that your humble writer relishes the better leaves of Nica, the DR, and Cuber; many of these amalgams of dishonesty and fantasy are smoke-powered.
It’s hard to imagine in 2019 but there are some troglodytes around who still frown on Godly tobacco. Personal preferences are one thing. But to slander an entire species of plant is another. And, I’ve noticed one thing about many or most of the slanderers - they tend to be at least a little tubby and more than a little out of shape.
Nosir, Bub, my cigar will not harm me. Your super-jumbo slurpee, on the other hand, might just do you in. Obesity = Cancer. Health Europa reports that “According to new studies, excess body weight is an established cause of cancer, currently known to be linked to 13 cancers.” Mind you, that these were European scientists investigating American health. That’s understandable seeing as how we have a … larger problem here than they do across the pond.
The average American woman of 2018 is roughly the same weight as the average American man of 50 years ago. The average American man is now roughly the same weight (and shape) as a 1968 model Pacific Walrus (O. R. Divergens). I tried to get stats on today’s Walrus girth but it seems the last one was eaten by a couple of average modern Americans (We. R. Chubbies).
Seriously, it’s a hefty problem. It weighs dangerously on the national health. Tips the scale. A BIG deal. The obesity-derived increase in cancer risk is fat too: about 150% above the ordinary factor(s). Overall, obesity contributes (or causes) one out of every seventeen US cancer cases. All this comes in addition to the known associated dangers obesity: heart disease, diabetes, fatties in yoga pants, etc.
Of course, this being talk about ‘Murica in the 21st century, the only sensible solution is “a tax on sugary drinks.”
I say that’s not enough. Yes, we need warning labels!
“Surgeon General: This Sugar Causes Cancer.”
“Refried Lard Eating Can Cause Stomach Cancer, Even If You Do Not Bloat.”
“Warning: Soda Pop Is Not A Safe Alternative To Polonium.”
You get the point. Everyone loves a warning label. The US FDA mandated that cigars come with them, much the same as those adorning cigarette packs the past few decades. Of course, there’s a truth problem with the cigar labels. The same US government released a massive, multi-part, multi-decade medical study which shows that smoking two cigars a day imparts virtually ZERO added medical risk to the aficionado. But, then, when has Washington ever let the truth get in the way of a little communism?
Then there’s the economy of scale (no pun, really): only around one percent of Americans smoke cigars; something like 75% of Americans are overweight or obese. The masses will happily sanction something - even something healthy - if the sanctioning doesn’t inconvenience them.
I know you’re not part of the masses. And I care about you. Ergo, Dr. Lovett recommends you take two cigars and see me in the gym in the morning. 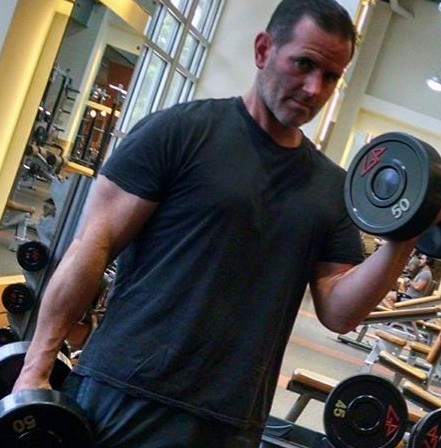 Seriously. Picture by and of Perrin.
Oh, and one more warning:
GOVERNMENT WARNING: Government is a known leading cause of death, destruction, disinformation, theft, hatred, general misery and human suffering. To Hell with it.