[Perrin Lovett] - The Unwavering Support of Slavery, by the Enslaved: New Poll Sheds Light on the Nature of Mankind

I wrote this week’s column on the day (Monday) set aside to honor Dr. Martin Luther King, Jr.’s birthday (this year’s celebration of his 90th). So it is, with humble pride, I commence with a quote from Dr. King:


The answer to King’s question, in global terms and in light of a new poll is, sadly: “With Slavish Stupidity.”


The poll is from the World Economic Forum, from the slave-masters straight out of Davos, Switzerland. That being said, a grain of salt ingested, the reported trends are in line with observable reality. A Majority of People, Worldwide, Support Globalism.


How, then, could anyone, let alone a majority of people, support such insidious evil? The answer, thinks this author, lies partly in the misplaced hope and trust that generally good-natured people allow. Another part, a critical part, lies in the … I’m not trying to be unkind here … in the lower than desired intelligence of the people. The numbers for global support and for IQ match a little too closely for my liking.


Eighty-eight percent of folks in SE Asia and Africa, without understanding, support their own slavery. This is probably because, under the current distribution, they tend to reap more than they sow. Envy and the promise of delivering (for free) what one wants but does not have is a powerful carrot to dangle.


In North America, the support hovers around 70%. In Western Europe, it’s around 60%.


Similar numbers support mass migration and the lies of climate change, the “science” of which, by the way, was debunked in a single Dilbert cartoon. As I’ve said before, the best hope for The West may be in the East; Eastern European countries are most skeptical of the charade, with only 40% of people in Hungary, Romania, etc. finding migrants “mostly good.”


Overall, seventy-six percent of the world favor globalism. The intelligence correlation? The world average IQ is around 86. Adjusting the standard Wechsler/Binet/Terman curve accordingly - essentially shifting one standard deviation to the left - this means that about 84% of humans fall below the normative average of 100. Half score “dull” or below. In other words, they literally don’t know what (or how) to think about a complex subject, even one with dire ramifications for their lives and freedoms.


So it is that 76% in support of globalism is right in line with the percentage of global IQs at or below the low-average range. Unknowing people are easily led astray, their leaders all the more evil for taking advantage.


The US average IQ hovers somewhere around 95 and is falling precipitously as the decades advance. It’s fitting that a population averaging below average intelligence would support a concept as disastrous as unchecked migration, especially the migration of populations guaranteed to lower the national IQ even further. It’s a vicious, self-propagating, self-defeating cycle.


Last week, I wrote about the President’s near-total refusal to stem the tide, to even address the emergency. Saturday brought his MAJOR announcement which, to me, looked a lot like the GOP-cave-in amnesty of 1986. A direct follow-up could have been the subject de jure. But, really, what’s the point? Now, we know the emergency is more critical than originally thought. We also know that the Uniparty, beholden to the very elites who create the problems, will do nothing to help.


The good news is that the cost of living is relatively low outside places like Nitra and Budapest. It’s not bad outside places like Wheeling or Orono if one prefers to ride it out domestically. And, riding it all out might be the only viable option for that 14% or so capable of comprehending.


What would Dr. King say, today, if he could examine this situation? I do not know exactly. However, I gather that a man steeped in Dunne, Dante, Luther, Aquinas, and especially Jesus Christ, would take a critical view of the perpetual chattel servitude of the whole of mankind, of all people falsely beholden to the atavistic followers of the Devil. While his was a fight in a time of black and white, he knew the ultimate issue was good versus evil. 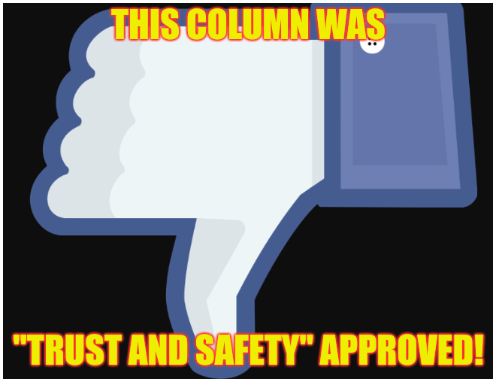 
*Speaking of Evil!, I understand this particular post will (should) receive special promotional attention on Mark Suckerberg’s ultimate spy tool, Facebook. It’s great that businesses like TPC find nominal support on social media sites that, like television, target an audience centered somewhere left-of-center on the Bell Curve. If you made it to this footnote, then you’re likely not the kind that enjoys cat videos while Markie Z illegally sells your contact info to the Davos crowd. You are my esteemed and beloved readers. Thank you.

Perrin Lovett
Posted by MBM at 7:41 AM