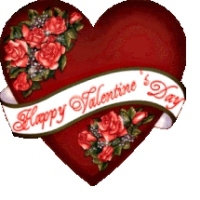 The origins of Valentine's, like almost all holidays, has its roots in old-world pagan celebrations.

Lupercalia, on the Ides of February (15th) was a fertility celebration of the Roman pagans in which they would sacrifice a goat to please the gods in order to continue to have bountiful crops and also virulent personal fertility. There was also a thing involving the goat's bloody hide & slapping women on the butt with it. Later, there would be a blind drawing where men & women were coupled up for the upcoming year. Sometimes this would lead to marriage; sometimes it would not. A lot of sex was involved. They would also sometimes kill dogs.

Those crazy Romans, though... 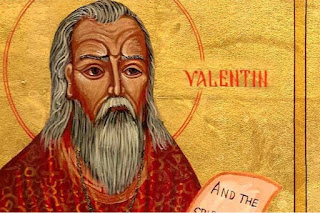 So after Christianity became a thing - not unlike Saturnalia with Christmas, or the celebration of Eastra that would later become Easter - the ruling church power elite co-opted the hedonistic pagan celebration and turned into a celebration of Valentine, or Valentinus, or maybe another person, who was possibly a saint, : [*updated, 2/14/19] - who was brutally murdered by The State for marrying the commoners. Later, naturally, the church outlawed the previous, original pagan celebration...
As the years went on, especially in the Middle Ages, the holiday became more of a romantic thing although - again, not unlike Christmas - it didn't really become the big & sometimes expensive celebration similar to what we see now until merchants, peddlers & various purveyors of various things started to hype it up for an opportunity to increase sales volume.

I'm starting to think that some of you reading this may think I'm sounding somewhat cynical in this piece. You're probably right, though I do rather enjoy the holiday. I always enjoy giving my bride a gift or two & doing my time-honored tradition of cooking up a big, fancy semi-gourmet meal on the night of Valentine's. And yes - my wife is a lucky woman! But certainly I'm  a lucky man. 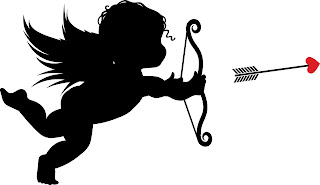 Happy Valentine's Day!
Alright for now. Until next time.
Posted by MBM at 6:12 PM