[Perrin Lovett] - The Time (for Civilization) Has Passed: Drafting Women Into Racket Wars

Great juridical news for feminists, neocons, anti-Christians, Europhobic enthusiasts, haters of Western Civilization, and anyone generally lacking logos. A federal court in Texas held the male-only selective service and martial draft system unconstitutional. The ruling starts the ball slowly rolling towards total equality, diversity, and inclusiveness in the United States Imperial military and, hopefully, for society at large.
Just imagine. The Old Boys Club has been cracked at last. Now, American daughters, sisters, and mothers can be forcibly recruited into the lethal service of the military-industrial complex, big oil, other big corporate interests, the neo-Palestinian diaspora lobby, and the banksters. It’s not only fair, it’s gurrl power. 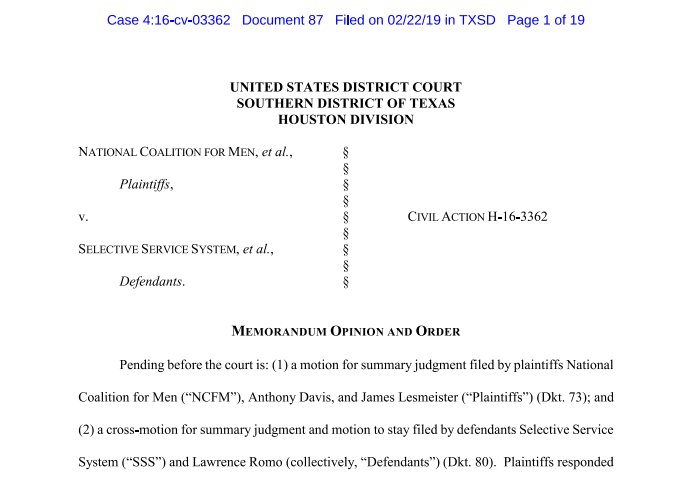 The landmark case is National Coalition for Men, et al. v. [Imperial] Selective System Service, et al., Slip Op., 4:16-cv-03362, Civ. Action H-16-3362 (So. Dist. Texas, Feb. 22, 2019).
READ THE OPINION.
The case was instituted by two American male citizens and a Men’s Rights organization. Do not let the media fool you. This ruling is beyond a mere victory for MGTOW. It’s a victory for American gals, Margaret Sanger, the Constitution, 3,000 years of Greco-Roman-Anglo-American jurisprudence, Raytheon, Athena, and Artemis. It reverses centuries of discrimination (against men and women) in America.
Judge Miller’s legal reasoning, if alarming, is sound:
In short, while historical restrictions on women in the military may have justified past
discrimination, men and women are now similarly situated for purposes of a draft or registration for a draft. Rostker, 453 US. at 78. If there ever was a time to discuss the place of women in the Armed Services, that time has passed. Id. at 72. Defendants have not carried the burden of showing that the male-only registration requirement continues to be substantially related to Congress’s objective of raising and supporting armies.
-National Coalition for Men, Slip at 18 - 19.
Think of the possibilities. Your little girl, the one you toted to ballet lessons, soccer games, and for whom you devised such a sweet sixteen party (complete with ponies!), can tromp off to some third-world hellscape which you’ve never heard of and which in no way poses America any threat. She can (will) go there and die for the whims of depraved, aged Satanists who hate you.
Will she come back in a box or in a bag? Will the bag sport a flag? The gun-salute ended, will some sinecure piece of shit in a snappy costume offer you the flag as a memento from a grateful nation? Will you stand there at her graveside and graciously ponder her ultimate sacrifice?
Or, maybe she won’t come home. Perhaps you can stand in the rain, one day, reading the list of names on an MIA/KIA memorial - Sally, Elizabeth, Amber, Ester, Reagan …
Yes, your baby girl - or the mother of your baby girl - or the sister you used to taunt mercilessly - could join Boudica, Joan of Arc, Wonder Woman, and all the other valiant female warriors of herstory … well … those three are about it… (Does Wakanda keep an elite Amazon Corps? Oh, yeah...) Maybe your someone special can be the big number four.
Anything boys can do, girls can do better. The significance of Footnote Six:
The average woman could conceivably be better suited physically for some of today’s
combat positions than the average man, depending on which skills the position required. Combat roles no longer uniformly require sheer size or muscle. Again, Defendants provide no evidence that Congress considered evidence of alleged female physical inferiority in combat - either in 1980 or 2016 - and concluded that drafting women was unwise based on that evidence.
-National Coalition for Men, Supra, Slip at 18 (Note 6).
Physical inferiority? How insulting. Just because the average adult woman maintains the physical prowess of the average thirteen-year-old boy means nothing. The fact that no woman can even remotely compete with men in powerlifting or any other contest of strength is irrelevant. A smokescreen we witness in the military’s own lower physical standards for women. Facts, friends, are as sexist as IQ tests are racist.
And, as the Court correctly notes, not all “combat” positions in the 21st Century rely on brute strength anyway. We already have sterling examples of female service in such endeavors.
For instance, Deck Officer, Lt. Sarah Coppock, proudly womaned the bridge of the guided-missile destroyer USS Fitzgerald. Her adept feminine manner led her to allegedly terminate communication between the bridge and the combat information center (really, a trivial matter - ask any sailor). And, this alleged breakdown in chit chat allegedly contributed the barely-functioning-as-was destroyer colliding with a container ship, at the expense of seven crewmen and more than a few million dollars. 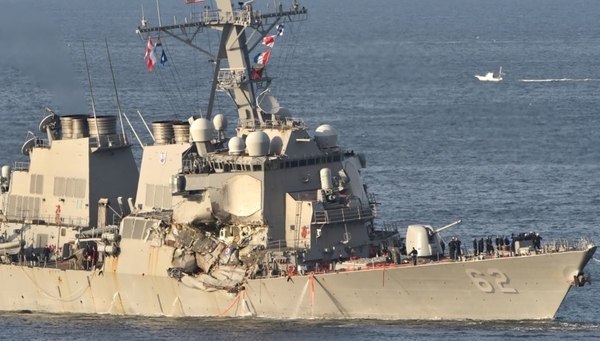 The Fitzgerald, 2017. No jokes about women drivers! Picture by Navy Times.
Then, there’s the pride of the USAF, Captain Zoe 'Sis' Kotnik. Sassy Sis Kotnik deftly pilots an F16 as an equal member of the Air Force’s Viper demonstration team. Or, she did. For two weeks. Before being canned for “loss of confidence in her ability to lead” and for “mistakes.” Her career did end better than that of the Navy’s first female fighter pilot, Lt. Kara Hultgreen. Hultgreen flew her F14 Tomcat where no woman had gone before - straight into the sea behind the USS Abraham Lincoln.
There was the Marine Corps first female combat officer, kicked out for fraternization with a subordinate …
The facts and anecdotes, as many as there are, aren’t the point. The point is that any nation that, absent near-incalculable emergency circumstances, drafts women into combat, is morally dead and doesn’t deserve to exist. Drafting men is bad enough. Free countries usually count on volunteers, men ready to defend their families and their land. Drafts, like standing armies, are the stuff of empires, compelling men to fight and die for the elite-serving lies of the moment.
But, odds are, this is a done deal for our done empire. Look for formalization in the future. Look for usage in the future. Look for Republicans to boast about ours being “the best trained and equipped girls in the world.” I’m thinking there may be two major wars before this thing finally runs its course. The time really has passed.
Digital Gangsters 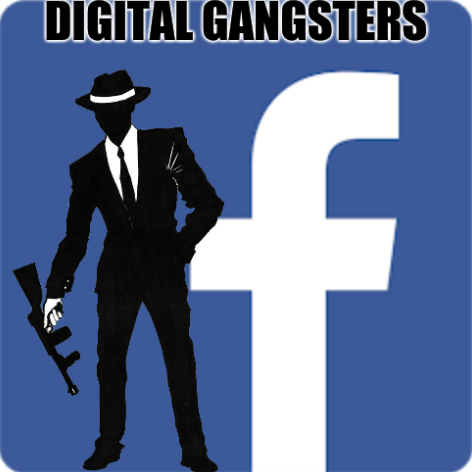