A Moment from MB: Going Home

As of three days ago I'm proud to report that I am, for the first time in 10 years, a card-carrying, dues-paying member of the Libertarian Party of Georgia as well as the national Libertarian Party. 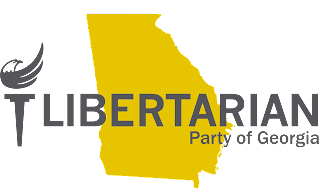 I had to resign both memberships in 2011 when I got actively involved w/ the
Ron Paul
campaign (The GOP mandated it for me to be a delegate to the county, regional & state conventions).
Some of you may remember the East Metro Atlanta Libertarian Party that several were involved w/ from 2005-2011. Look for a Libertarian Party of Newton County very soon. I'll keep you posted.
In Liberty,
MBM
Posted by MBM at 11:31 PM