Somewhere, a professor concludes a lecture on political economy and economic politics.
----------
‘So, class, to wrap things up, the government and its allies - the other enemies of the free people - always engage in three insidious activities. All three loot actual productive value from the highest and best uses of capital, shifting it into various schemes, all of them nefarious. All three eat away at the economy. All three amount to forcible theft. Slavery, we could even rightly call it.
‘The stolen money, the stolen value is used to buy votes via illegal programs. It beats down innovation and competition from start-ups. It enriches and empowers the few at the expense of the many. Evil. To. The. Core.
‘And, again, I call these the three “tions.” That’s spelled “t-i-o-n-s,” pronounced “shuns, s-h-u-n-s.” And, shun these mechanisms of cultural destruction we should.
‘Again, they are: regulation, taxation, and inflation.
‘Taxation is the most obvious of the evil trio. Pay them what you’re told or else men with guns will literally come and take it by force - up to and including deadly force - if necessary. And for all they tax, they still spend more.
‘Think about this: King George demanded the aggregate equivalent of a one to two percent income tax, and that only affecting certain industries and persons. What do we pay Washington these days? Ten, twenty, thirty percent? Was as high as ninety at one time.
‘Regulation affects everything. This category is a bill of goods, sold to the enstupidated masses under the guise of “protection.” We know the only people protected are the government agents whose jobs depend on enforcement - more men with guns - and the wealthy businesses who write the laws and regulations.
‘Remember that the next time you’re tempted to vote. You’ve been sold out. They simply do not care about you. After the election dust settles and the pleasant lies subside, it’s back to business as usual. Government of, by, and for the corporations.
‘For an age and a half, politicians - especially “conservatives” - have railed and ranted about cutting the size and scope of the theft. They haven’t. Anymore, they don’t even try to retard the rate of growth. Sellouts, all.
‘All except one, maybe. The oddest thing has happened. For once we have, in power, a man willing to at least try what he boasts. And, most incredible of all, he’s seemingly getting results. Donald John Trump said he would cut taxes and regulations. And then … he cut taxes and regulations.
‘The tax cuts - decried as radical - were, to me, most modest. Still, modest beats nothing. But the regs. Those he’s been feeding into the wood chipper.
‘And the economy has answered. BOOM! (For now…)
‘The Congress, well not so much. Those fools keep spending and there’s never enough. With all the cuts, the economy is predictably growing. That means higher tax revenues - with and from lower tax rates. But the idiots spend even more. More debt. More debt. And then, some more debt. And the debt is a problem. Someone once wrote something about that… That was a truth and a joke.... Ah, well. (*Sigh*)
‘The debt goes hand in hand, hand on hammer, with the third “tion,” inflation. But, maybe, just maybe, Trump is about to address that too.
‘Up until now, he’s tolerated both the machinations of the Fed and the spendthrift stupidity of the legislative branch. Here’s to hoping that that’s about to change.
‘The other day, in typical Trump-Twitter fashion, the President accurately described the Fed criminals as “loco.” That’s el-Spanish for “crazy.”
‘And it is crazy. Central banking, as we’ve already noted, is always, always, always an insane suicide pact. Cheap, easy money today, misery tomorrow and for years to come. Theft and slavery, writ large. Cut taxes to Constitutional levels - to zero - and pare down the regulators to levels acceptable in 1787 and, if you keep up the funny money and debt, you still come to utter ruin. Eventually.
‘So. Really wrapping it up here. Let’s hope Trump smashes the locos! Amirite?
As the good and learned professor looked upon the gathered young faces, an uncertain hand rose from the throng.
‘Yes, young Sir,’ cued the professor.
A small voice answered, ‘My. My. My shoe is untied.’
‘Teddy called Tommy a bad word!’ called out another tiny voice unsolicited.
‘Um,’ stammered the old academic, ‘Well. Let’s just. Okay! Class is dismissed! Your teacher will now help you out to the buses … and … so forth. Down with the “tions!”’
Slightly dismayed by the blank stares in Ms. Hiccup’s third-grade classroom, Professor Wahrheit collected his things and departed the Immanuel Kant Comprehensive Elementary School for the Arts and STEM Inclusion Learning.
A foursome of deer, ambling about on business of their own, encountered Wahrheit midway along his long walk home. ‘The man seems troubled,’ thought the lead doe. But the “tions” simply were not her concern. With a sniff and a bound she was gone. Three smaller females followed. Warheit, still walking, didn’t even notice.
Who, really, notices what? 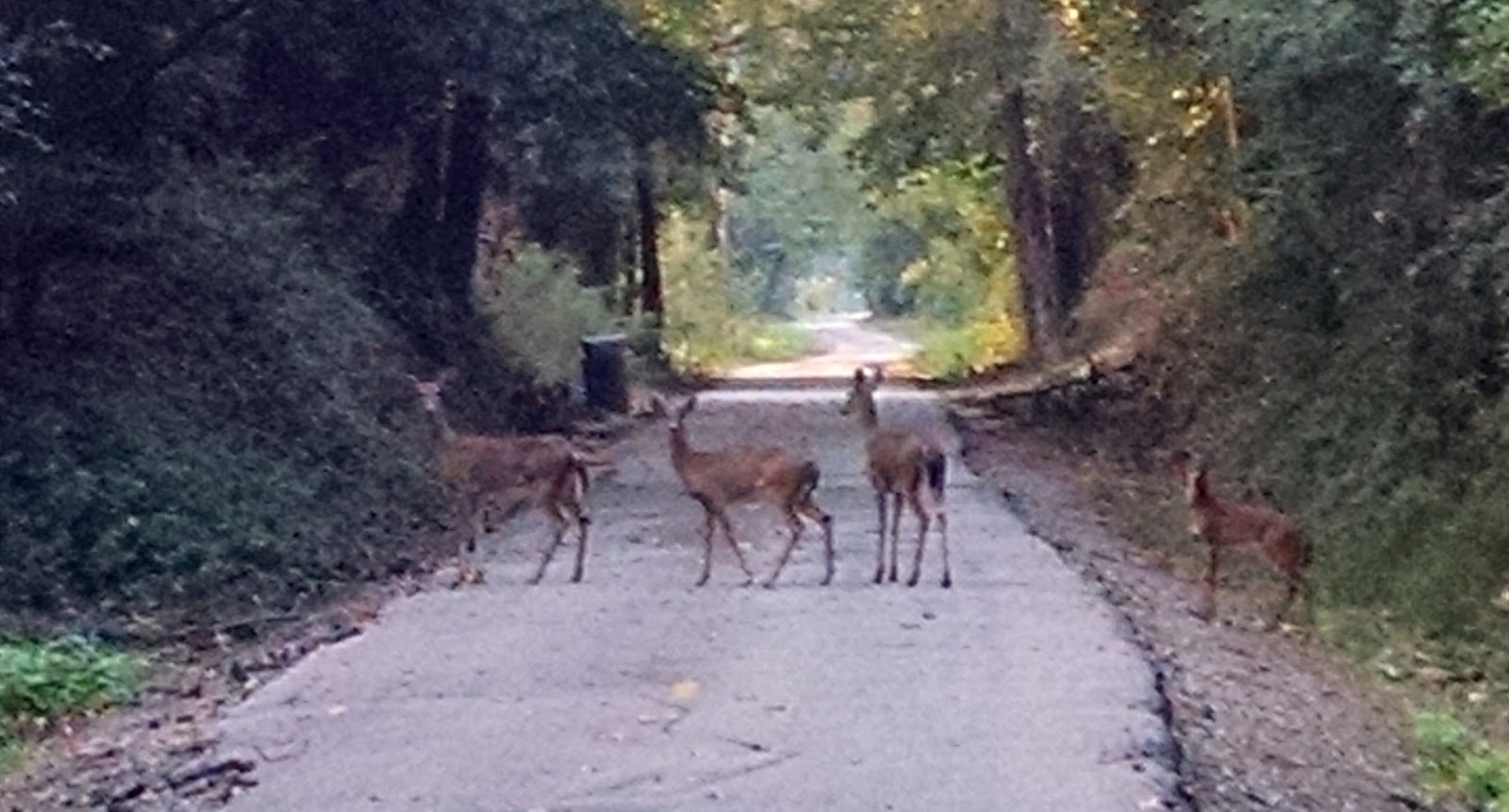