A Letter to the Editor by Samuel Hay: Fixing Newton & the Role of the Local, Traditional Press

LETTER TO THE EDITOR
Samuel Hay 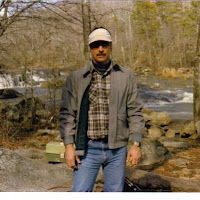 For quite sometime now, two years or so, the citizens of Newton County, Georgia have waited for results from the ‘forensic audit’ to be used to prosecute any persons who were shown to have acted questionably, irresponsibly and possibly criminally.

So far nothing has happened or if it has, good or bad, it has been kept a secret. Quite simply, this information could have been turned over to a Grand Jury when it was received as they are the sole determiners of whether to bring charges or not to bring charges.

This newspaper, “The Covington News”, has been negligent, derelict and irresponsible in not reporting on this issue at all over the past years. The subject of “When is something going to happen” circulates daily around the County. The conversations also elude to such comments as, “Since that newspaper is the Legal Organ, why don’t they feel a sense of responsibility to report important news about the County, of vast importance to the citizens?” “Is the lack of investigation and discovery and publication of these issues a ‘you scratch my back and I’ll scratch yours deal?”

More than just talk these days is a move to have the three elected officials who select the Legal Organ, give it up to the other local publication, “The Newton Citizen.” Three votes decides this issue. It has been questioned for years already why The Covington News has always had ‘control’ of the legals and additionally why The Covington News does little to report on issues with any depth whatsoever concerning the local government.

The people want to know who is keeping the forensic audit from reaching a Grand Jury. They also want to know who is responsible for not moving ahead on prosecutions. Is it the Newton County District Attorney or is it the Board of Commissioners, or someone else? From almost any standpoint this appears to be a case of ‘selective prosecution’.

People have commented on Tommy Craig’s legal liability insurance stating it is only for a million dollars and he created over $20 million in debt and we are still finding things he did wrong that are being added to that total. The question becomes, “Why don’t we go after him and that million dollars and if that is all we get, its better than nothing?”

It seems the citizens are facing a number of problems here. This newspaper is in the mix to report the facts on these delays. In the event it is not done, and done right away, the citizens are going to be asking for the legals to be given to their competition. Something that should have been done long ago. A few people are beginning to talk about finding candidates to qualify against these officials if they don’t start to take these issues seriously.

The Covington News has claimed they don’t have to abide by the laws that have changed over the years because they are grandfathered in. Nothing could be further from the truth. Each new appointment yearly is a new contract. The Covington News has allegedly refused to have an independent audit of their circulation for years and out previous County Attorney and the three officials who make the appointment have gone along with that story. Again, you scratch my back and I’ll scratch yours. I have been in that situation on both sides. I don’t play games. Here is what goes on; An official informs the current Legal Organ that if they ‘play ball’ ie; lay off the tough stuff, they will continue to be the Legal Organ. On the other side, an official informs the competing newspaper, if you ‘play ball’ then we will do everything we can to get your newspaper the legals. Both newspapers are conned into not investigation the ‘tough stuff’ and this has caused more grief to our community that anything I know of over the years. Sheer protectionism. Its going to stop. Whatever it takes.