As this publication, the only to do so, reported a few days back, there was a planned walkout & protest at Indian Creek Middle School on Wednesday February 28th. There were several questions & concerns throughout the community, and particularly the parents of students at ICMS, about what had transpired & additional questions about the administration's handling of the situation. Later, at least a couple of elected officials got involved to try to get to the bottom of things.

Last week the Principal of ICMS, Swade Huff, sent out a letter to the parents of the students of ICMS. See below: 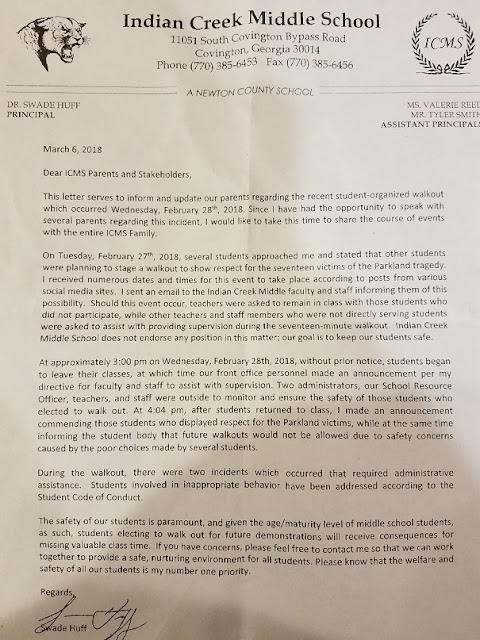 The letter does acknowledge that "two incidents" did occur. No word if either incident was the twerking contest or the multiple fights that purportedly occurred.

Regardless, it seems as if at least something was done to try to remedy the situation even if multiple parents are still up upset about the occurrence. Undoubtedly, it seems as if things were likely mishandled.

Okay for now, friends. Until next time.