There existed several years ago a horse track that was a part of Marben Farms, apparently owned by a Mr. O'Boyle, that Larry wrote about the other day. You can still see the outline of the track in this aerial map. 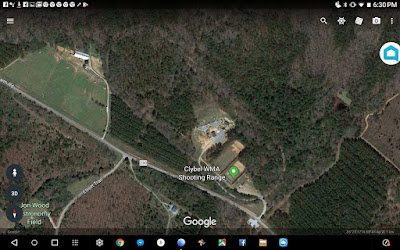 Larry went on to recount that he knew one of the jockeys who raced there back in the day.

Pretty cool stuff! And if I'm not mistaken, this general area was on most maps of Georgia in the late 19th & early 20th century as Leakton, and also Leakesville, that TPC has written about in the past.

Blog Laud: A Page with a Powerful Message

A wonderful lady that I admire immensely & who happens to be a great writer as well, Christina Henry, has finally started up her own blog - Waiting For The Other Shoe To Drop. 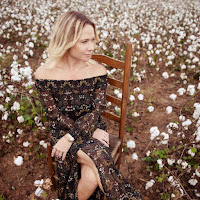 This blog was inspired by the difficult & sorrowful recent developments that Christina & her daughter have been dealing with that Christina so bravely wrote about & made public a few days ago. Please take a moment to click on the previous link at read this. It's important that you do.

Powerful stuff there, my friends.

This is a vital & all-too-important endeavor, and what Ms. Henry is doing, in our estimation, is very brave & very much needed. Mental health is the metaphorical elephant in the living room of American society. It affects pretty much all of us, if not directly (and for most of us, it does), and is something that must be addressed. I have my theories as to why this is such an issue. First & foremost, I do believe that there is a general malaise & a dissonance within the national fiber, and this, along with several other things that we won't go into at this time, is a leading cause. Things are not as they should be, good readers, and there are those of us - the more tuned in; the esoteric bright lights, if you will; the true sentient, feeling beings - who totally get that and can feel that. Usually these people are very sensitive, in the true sense of the word, and oftentimes are very intelligent.


Today, and moving forward, we are all Kayleigh. We will stand & walk with this precious girl. It starts with all of us. TPC & MB McCart will be answering the call. We trust you will too. Put May 4th on your calendars. Pls & Thx.

I've been, for years, working on a working theory. I have a file on it (I have a lot of files on a lot of things). It's been said that the state of Ohio is the bellwether of the dynamics & direction of American politics, and the data seems to bear this out; however, in many ways I believe the same to be true of Newton Co.

As an aside, isn't it also interesting that in some ways it seems as if the road to the Governor's Mansion goes through Newton Co. Brian Kemp's Deputy SOS & right hand man is Covington's Tim Fleming. For years, politico & consultant Brad Alexander, a Covington native, has been integrally involved with Casey Cagle. And that's without getting into all the ties between the former (but maybe not quite) Newton Co. power structure & the former county attorney vis-a-vis Nathan Deal and the state power structure. And is it true that the current Georgia GOP Chair is involved with TPA, the JDA & Stanton Springs? It seems that way.

But specifically, here in the home county, there is something going on. Something different. And to that point, I'd like to share something I wrote in the book last week:


Moreover, there seems to be an almost fundamental transformation of the political landscape of the home county occurring right before our very eyes. A strong contingency of black AND white folks - all throughout our beloved Newton - are equally excited about Steven Rhodes, a Democratic but semiconservative person of color running in the 2nd district, as they are of Spencer Arnhart - a Republican but semi-progressive caucasian running in the 4th. I think it’s wonderful.


Interesting times, no doubt, dear readers. As always, we appreciate you stopping by. Happy Trails.