The Die is Cast

Greetings & Salutations, beautiful readers, and it's looking to be a glorious day in Georgia's Piedmont w/ highs flirting with the mid-60s today & then pushing into the 70s on Saturday. Rain then moves in & it's looking like we'll be dealing w/ at least one more cold snap. Hey, that's March, right?

I was talking w/ someone yesterday & we both just kind of chuckled at the level of comprehension, or lack thereof, of current events with some of our fellow citizens regarding the NCRC situation. Both he & I had had prior communications with different folks the last two days & there was a common theme:

"What's going on with the Rec Commission? What happened with Josh?"

I guess they've been under rocks for the last four months. Who the hell knows? I actually told one person this: "go back to November on the TPC website & then just read until now..."

Oh well, those of us who know what's up, know what's up, and that's all that matters. Josh McKelvey is a true champion of Freedom & Liberty & is a good, good man. There are people in this county who are playing a game that they're just arrogant & ignorant enough to think they can win. It's been seen here a few times the last few years. But playing checkers when others are playing Chess is not a recipe for victory. And by ringing a bell that can never be unrung, they've initiated a chain of events that will reach resolution, and remedy will be justly had. And I know directly for a fact that at least one of these players has at least talked themselves into believing that this is all about a pursuit of justice, but Natural Law clearly states that  no matter the intentions or perceptions, that a violation of the order is a violation. But that's freedom, yes? The ability to, as PJ describes it, do as you damn well please, but also the duty to take the consequences.

To that point, you will see what some may describe as metaphorical Molotov cocktails being thrown by this publication over the next few weeks. 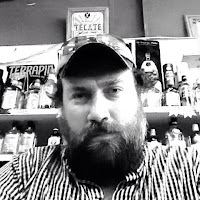