Greetings, Georgia Piedmont Readers, and welcome back to another Sunday Edition of TPC. We're so glad you could join us & we hope you brought your appetites. A lot to cover the fine Southern morn', so let's dig right in. 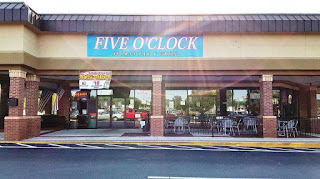 This Sunday Edition of TPC brought to you by Five O'Clock Sports Bar & Grill
***LOCAL ADVERTISER WHO DOES NOT NECESSARILY SUPPORT OR ENDORSE THE OPINIONS OF TPC & ITS EDITOR, MB MCCART***

As The Chronicles was the first media outlet to report on, something major went down at Indian Creek Middle School this past Wednesday. After our initial report, TPC was contacted by an elected official who wanted to get to the bottom of things. It seems as if the ball may be rolling. At a minimum, somebody's got some explaining to do. As previously mentioned, things like this may be considered a given at the high school level, but NOT at the middle school level. And if reports are to believed, not only did the administration have knowledge of this - they actually facilitated it. Something needs to be done here...

The Alleged Serial Square Shoplifter has been Snared by the CPD 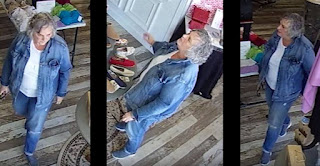 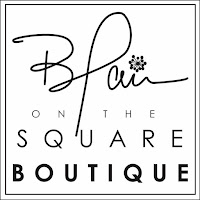 As fate would have it, TPC Editor MB McCart had just taken a stroll on the east side of the Covington Square yesterday, 3/3/18, when he happened upon a lady he recognized from the surveillance footage of her alleged approx $1000 worth of pilfering of Blair on the Square a few weeks back.

This lady was being questioned by two of the Boys in Blue, the CPD - our top-notch municipal law enforcement agency. It seems as if this woman, per a source, is originally from Missouri & has outstanding warrants in multiple states, and had been working her scheme at the new soap store, The Soap Box.

After some questioning of the lady & some others who witnessed things, the two officers handcuffed this seemingly looking sweet grandma & put her ass in the back of a squad SUV.

Big kudos to the manager of The Cork, who recognized the lady & made the call to get law enforcement on the scene. 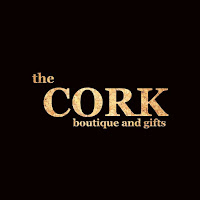 A win for Downtown C-town & a great example of Citizens, merchants & LEOs working together for the betterment of the home city!

Newton County Board of Commissioners (BOC)

So...things have sort of started to disintegrate in terms of the BOC, vis-a-vis its functionality, and also with regard to its perception & relationship with the Newton Co. Citizenry, specifically the #NewtonCounty12, Citizens for a Better Newton & also the Newton Conservative Liberty Alliance.

Despite the catastrophic failings of the previous edition of the BOC, the general Citizenry basically gave a 12-month free pass to the current group, an extended era of Pax Newtona & Good Feelings. We knew that a lot of things had to be corrected & in this writer's estimation - more than enough time & patience was given. Maybe too much, and maybe that's part of the problem.

The list of problems is a large one. As one local political gadfly & advocate told this publication a bit ago, it seems as if the BOC, especially apropos to the NCRC clusterf*ck, is making the worst possible decisions at. Every. Single. Turn.

Also, as many have asked, why no action on 2016's forensic audit? Why have we not sued WT Craig's E & O insurance? Why do we still have multiple deputies & screening in place at the Newton Co. Admin building? Why haven't we seen on-premise beer & wine, or at least a referendum planned for it, in unincorporated Newton County. And the biggest one - why in the hell are we not at least discussing, much less planning, to move to in-house legal counsel?

And all one need do is look at the agenda for this upcoming BOC meeting to see where the priorities lie for the governing authority of Newton Co. In addition to the first reading of the tethering ordinance (which we're all for), the bulk of the remaining People's business is dealing with regulations of vape shops, glass bowls, hookas & things of the like. Nothing like tackling an issue that isn't really an issue that will lead to increased government expenditures when Newton Co. is practically bankrupt.

- After losing blue chip recruit Ashton Hagans last week & limping to another underwhelming regular season, the smart money is on UGA having a new basketball coach next year. Mark Fox is a great man, and I believe him to be an excellent Xs & Os coach - and particularly a great defensive mind - but certainly it seems as if the time has come for a change. But don't forget - this is the ten year anniversary of the Tornado Dogs. An SEC Tourney victory, which this team does have the talent to pull off, and a trip to the Big Dance would likely give Fox a reprieve. Regardless, GO DAWGS!!! GATA!

- The Oscars are tonight! Who really gives a shit?

- And we are exactly one week away from "Springing Forward." I despise losing that hour of sleep, and it's proven that we see a spike in heart attacks & accidents in the days following this foolish practice of trying to control time, but how I do love that extra daylight. Maybe one of these days we can get our dysfunctional & worthless state legislature to do away with time changes all together.

Okay for now, friends, and we'll see you very soon.

Your Friend & Source for the REAL Story, 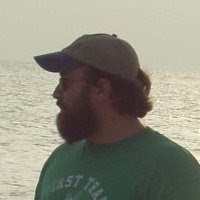