Author’s Note: This week a brief departure from those pressing national affairs - they’ll wait. The following is a work of fiction, one of a very few experimental forays into the craft. Mr. McCart kindly agreed to the temporary exploration, even encouraging the same. My initial impression of self-criticism is that the story and subject may not be exactly suited to column form; it feels a bit rushed, possibly anticlimactic. The great American novel it is not, yet I sincerely hope it entertains. Today’s tale could be based on actual events. Perhaps embellishment, subterfuge, and general yarn-spinning were added for dramatic effect. All names have been changed to protect the innocent, maybe the guilty...

It was as delightful a late-October afternoon as anyone could want, cooler and quieter than most. Wendell “Dell” Hubbard looked out the office window as the leaves shimmered in a breeze, their autumnal transformation slowly proceeding. It was a great afternoon, a great Friday afternoon. So far as Wendell knew he was the last man in the building. Friday’s usually meant leaving a little early. And now it was a little late - five past five. ‘No rush,’ he thought as his gaze returned to the stack of files on his desk. His blushing bride and her sister were held up at the family beach house for the weekend. He could afford to take it easy. Stay a little longer. Get a little more done. Later, perhaps, a cigar and a little Scotch was in order.

Right now, there were the wonderful files, the colorful leaves, and a certain sense of repose. If he was honest, and he was, that had been his general feeling for the past three months. A new job, a new life, and a new town had a wonderful affect. He and his Camilla thoroughly enjoyed the life in Chiaha County. It was just close enough to Atlanta to seem progressive, trendy even, and it was just far enough away to feel pastoral. The mountains were but a short drive north of their little rental house in Collie Rings, the “dead end” hamlet that suited them both fine.

The peaceful environment and his stimulating work for the courts kept him simultaneously busy and relaxed. Unlike a few of his friends, no anxiety about those pending bar results - which could come any week now - clouded his mind or troubled his sleep. He was thoughtfully confident in the matter when he gave any thought to it.

Bar - thought - law - work… His mind and attention returned in full to the files. They still looked the same height as before. He hummed and reached for one.

‘Whatcha doin’, Dell?” asked a voice. Mid reach Wendell stopped and glanced towards the door. The voice belonged to the Honorable M.K. Loper, hunter, farmer, artist, soldier, soldier of fortune, gun aficionado, and country lawyer. He also happened to be the chief judge of the circuit. ‘Kind of late for a Friday,’ he added.

‘Just looking through the last batch of civil motions, credit card defaults for the most part,’ Dell replied, pointing at the stack.

‘Any of ‘em have any evidence?’ Loper questioned, ‘Or are they all just tryin’ to pull fast ones?’

‘Um, most are bare allegations,’ said Dell as he mulled over an open case - Fourth Credit, N.A. v. Wisperdiddle. ‘This one doesn’t even have the usual stock list of terms in lieu of a real contract. No signatures either. No affidavit…. And, of course, no answer from Ms. Wisperdiddle’ 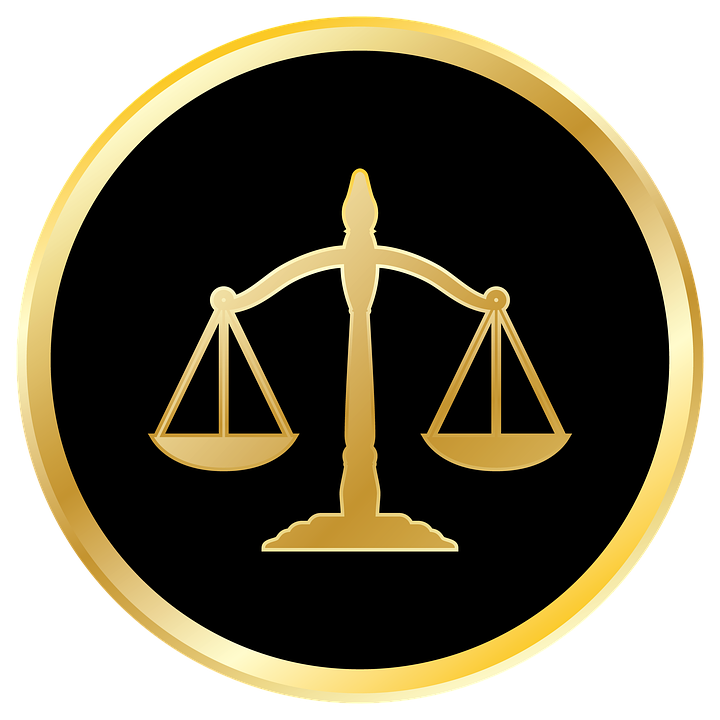 ‘Set the rotten ones down of hearings. Make it next month’s civil… Hell, set ‘em all down for hearings. Put in the Rule Nisi that the plaintiffs show up, and bring me real evidence, or I dismiss their cases. No excuses. Damned thieves!’ Loper huffed. ‘Uh. Leave off the “thieves” part, please.’

‘But do that Monday. I thought you were already gone,’ Loper said with a smile, ‘But I am glad I caught you. Was hoping you could find an answer for me.’ Loper almost - almost - looked nervous, if it were possible.

‘Name it boss,’ Dell said, suppressing a chuckle. Everyone knew the banks were perpetuating a fraud on the poor with all the petty defaults on $500 charge card accounts, nearly all without any evidence any debt was owed. By and large they got away with it. But not in Chiaha, not with Loper.

Now the hunter-farmer-judge looked hastily outside in the hall and then began quietly, ‘Well. It’s like this. I - I have a friend. He’s up in Red Spine and, uh, he runs this…’

The judge continued, ‘Can you write me up a real quick memo on the law about cockfighting in Georgia?’

‘I think that’s illegal,’ said Dell after another awkward moment.

‘Oh, I’m sure it is. But my … my friend has some friends that… Just give me the statute or a case or something. A two-second memo,’ explained Loper in a ramble. ‘No! No memo. Just a quick summary. Verbal,’ he added with a slight fidget. ‘But next week’s fine. Heck. Let’s get out of here.’

More small talk emanated through the halls as the men departed for the evening.

‘Cockfighting!’ Dell exclaimed once safely in his car. Then he laughed about the banksters, the fraud, and anything else he could think of. Later that night a fire, an LFD Coronado, and a few glasses of Bowmore 18 capped a perfect day. 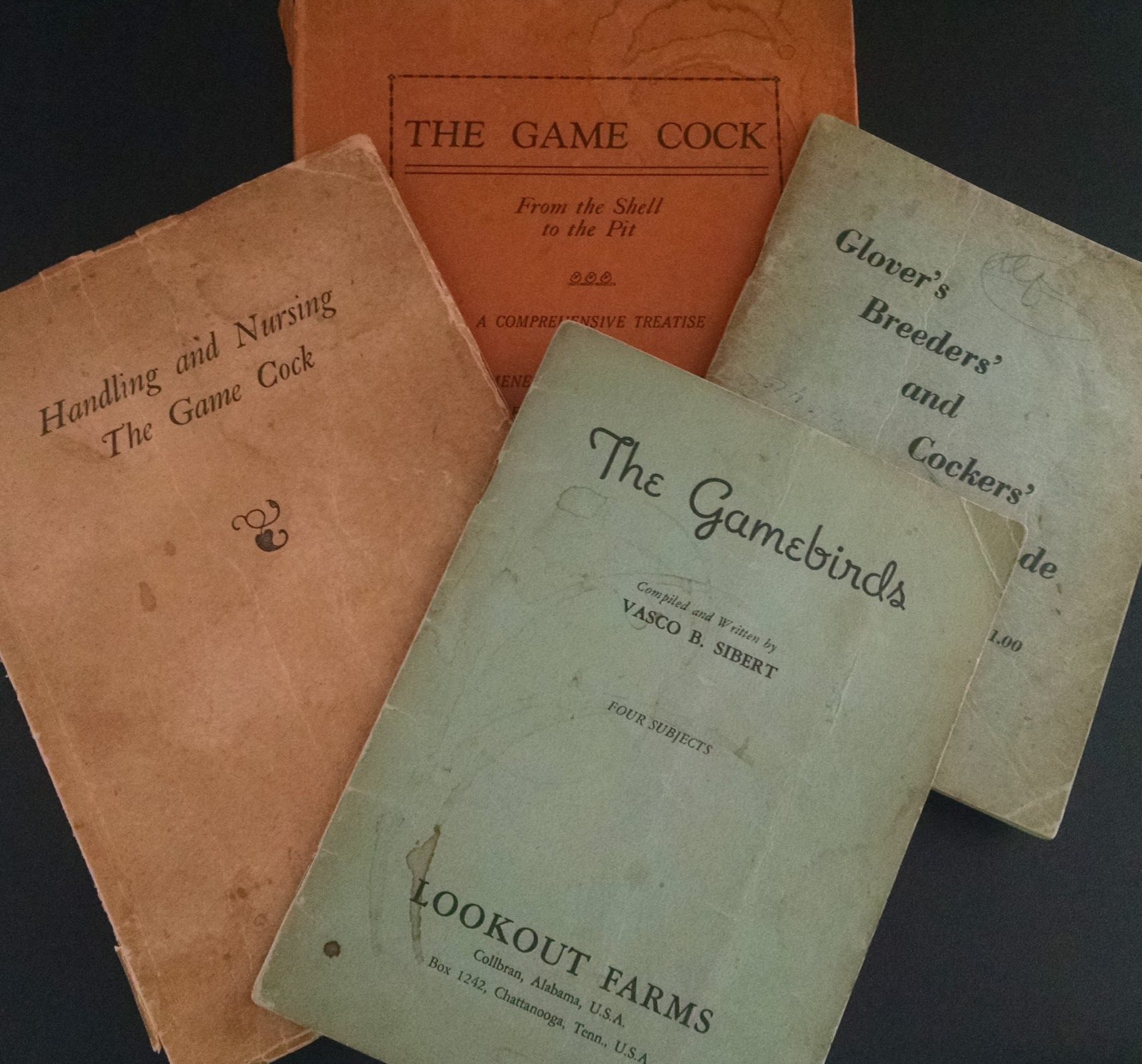 Picture by Perrin; books from the private collection.

Monday morning Dell arrived early. A flip through the OCGA and a Westlaw search confirmed his original suspicions about his two-second memo subject matter.

‘Okay,’ Dell exclaimed as he closed Loper’s office door. Loper looked up. The fidget might have made a comeback. Continued Dell, ‘There’s no outright prohibition. But, conducting a cockfight is aggravated animal cruelty under Title 16, a felony. Just being around it is a misdemeanor. The AG issued an opinion on it just a few months ago. And there’s Wobbly v. Georgia.’ He paused. ‘I’d tell your friend it’s illegal.’

‘Oooh. Just as a I thought,’ Loper said with another fidget. ‘I’ll make sure I … he … that they know. Thanks.’

A few more weeks past. A fine, cool Monday morning in November brought the good news. Dell the law clerk was now Wendell Hubbard, ESQ. Someone referred to him as the “staff attorney.” The next week brought stranger tidings.

That following Monday dawned clear and a little cold. Dell the staff attorney made his way past the courtroom, heading towards his office. A gaggle of grumpy looking Atlanta attorneys stood ruefully in the halls. The day for the default hearings had arrived. They all wore the same nervous “no evidence” look.

The newspaper had also arrived. Old Bert the bailiff was reading it aloud to Loper’s secretary, Lucinda, when Dell walked in.

‘Boy! You heard about this?!’ growled Old Bert in his usual firm but quiet tone, which somehow always sounded country yet genteel.

‘Heard about what?’ asked Dell, hanging up his coat and sniffing the coffee - Bert’s brewing.

‘Heck, whippersnapper!’ cracked Bert, ‘You, of all people, are supposed to know this stuff. They arrested half the town of Red Spine Saturday night!’

‘All over the news,’ added Lucinda in her too-country-for-even-Red Spine voice.

‘Red Spine. Fifty-three arrested at illegal cockfight Saturday,’ Bert read from the AJC headline. ‘It was the GBI and DNR. They got half the businessmen, the mayor, Sheriff What’s-His-Duffus, a magistrate, and two preachers. Says here a few can’t make bail. And they’re still looking for a few more “suspects”. A couple of ‘em are on the run,’ Bert added; he had placed high emphasis on “suspects.”

The coffee, the banks, the lawyers, and all else was suddenly forgotten. Dell’s brain was jarred as with a concussion. ‘Where’s Judge Loper?’

There was no need to finish. At that moment M.K. Loper appeared hastily through the back door. He looked disheveled, hurried, hunted almost, like a man who had spend the weekend hiding in the woods. His eyes met Dell’s, each exchanging a knowing look.

‘Y’all gimme a minute to … compose myself,’ Loper said as he edged towards the bathroom.

‘And, how was your weekend, sunshine?’ barked Old Bert. Bert’s eye gleamed with a knowing glint. He had placed that high emphasis on “your weekend.”

‘Uh. Uh. We had … a great time,’ stammered a semi-composed Loper. He picked the kitchen over the bathroom. From there his voice continued: ‘Very quiet. Stayed home… y’all … have fun?’

Dell suppressed a chuckle. Bert grinned. Lucinda mentioned the “rooster bust” as she put it.

‘Yes. Yeah. Terrible stuff,’ Loper noted as he sipped coffee with one hand, combing his hair with the other. ‘What were they thinking? All that stuff’s illegal. Felony I think.’

He paused, then adding, ‘Say, has Chief Smith called me this morning? Or anyone from Red Spine? Or anyone from the sta…’ Loper trailed off. A long pause followed. ‘No. Good, then. All’s well.’

Reconstituted, fortified, and now robbed in black, Loper summoned his staff for a march to the courtroom. He had glanced through the AJC and checked his phone. He asked Lucinda in private about any calls made to him that morning. Satisfied about something, seemingly relieved, he was ready to temper justice with mercy.

‘Let’s go hang some bankers!’ he said with a suddenly cheery voice.

As they entered the short hall behind the bench, Dell almost whispered to Loper, ‘I’m glad your friend was okay this weekend.’