Greetings from you erstwhile Porterdale correspondent, this week reporting to you from the city of New Orleans. I’m here not only because I love this city, but particularly because The Louisiana Philharmonic Orchestra is presenting a musical interpretation of my daughter Grace Millsaps’ acclaimed children’s book, What the Sleepy Animals Do at the Audubon Zoo, originally published in 2012.

A little backstory is in order here.

Grace lives with her husband Ryan Murphy and their daughter, the lovely and talented Tallulah Grace Murphy, soon to turn two years old, on the West Bank of the Mississippi River in New Orleans. When I say they live on the west bank, that is close to literally true. Sitting on their front porch, what you see is the levee.

Ryan had the idea for Sleepy Animals, Grace wrote the text, and two friends did the magical illustrations. A member of the Louisiana Philharmonic had the idea of a musical score to accompany a performance reading of the book.

The plot of the book centers around a little girl, Renee, and her father visiting the Audubon Zoo in New Orleans. When most of the animals are asleep, Renee asks her father, why. He then proceeds to conjure up a tale about what they do all night to make them so tired.

What they do all night is mostly play music and dance, which makes the story perfectly suited to musical accompaniment.

The show is presented at Loyola University to I’m guessing a group of 250 children and parents. Pages from the book are projected on a screen over the stage, while a local media personality reads the text, surrounded by the orchestra who intersperse it with musical interludes. 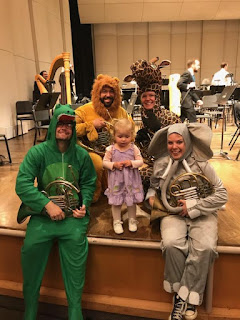 This reviewer thought the show was delightful.

I’m now going to interview the young author, but first a curriculum vitae.

Grace Millsaps was born February 1, 1987 at Newton County Hospital. She was schooled at Mansfield Elementary School, Indian Creek Middle School, and Eastside High School, completing her senior year there while attending Oxford College of Emory University. While at Mansfield Elementary she was one of ten National Finalists in the “River of Words” competition for her watercolor painting of trees reflected in a river.

Grace attended the University of Georgia for one year and graduated from Emory University with a degree in Anthropology. While a student she lived in Italy, Turkey, and China where she taught English to children.

After college she lived and worked in Boston while her husband-to-be Ryan completed law school. Ryan is now an high school science teacher and author.

Since living in New Orleans,  Grace has taught preschool at ritzy private institutions. She is now the director at Abeona House.
Q & A:
Ellis: “So, Grace, what were your impressions on seeing your book presented with orchestral backing?”
Grace: “It was a huge honor to see my work produced musically. It was already very exciting to see my words brought to life on the page when John first illustrated them. To have yet another art form applied to the story is so incredible.
I’m lucky to work with all these people who are more talented than I. They add their own layers to the story.
My favorite part was when the actor read, ‘Then someone will call for the’ and knowing the line ends in ‘hokey pokey’ and realizing before I heard it that the Louisiana Philharmonic Orchestra was about to play the hokey pokey.”
E: “Do you have any new books in the offing?”
G: “Ryan has almost finished a board book about boats on the Mississippi. The next thing I want to write is a board book that takes on numbers and instruments with a New Orleans flair.”
E: “Got any advice for young aspiring writers?”
G: “Write, write, write. I’ve been writing poetry since I was a child. And read, read, read. I’ve read hundreds of children’s books.
Let’s see. Don’t major in creative writing. Most writers at least start needing a day job. Let your education set you up to get that job. Or better yet, hold off on college until you know what you really want to do. Go out and get some life experiences that doesn't cost 40K a year. That will make for better writing material anyways.”

More info on: What the Sleepy Animals Do at the Audubon Zoo
by Grace Millsaps & Ryan Murphy
Illustrations by John Clark IV & Alyson Kilday
Available on Amazon 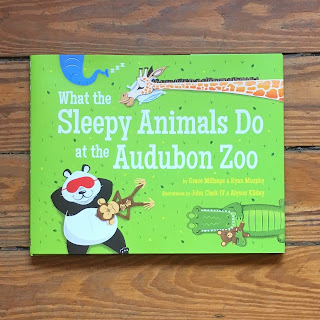 So long from the Big Easy. Next week I’m back in Porterdale with chapter five of “The Porch.”

Also, I'm back in the trivia game. I'll be hosting trivia this Wednesday at 7PM at Tavern 1917 (formerly known as Lahrceny Tavern).

Ellis is a recovering Attorney but has worn many hats over the years: father, bus boy, stand-up comedian, novelist, wiffle ball player, rock'n'roll band manager, and at one time wrote a popular and funny column for The Covington News. A Fannin Co. mountain boy originally, Mr. Millsaps now stays at the mill village of Porterdale by way of 20 years in Mansfield. Usually funny and at times irreverent and subversive, he leans left in his political philosophy but can always be counted on for a pretty darn good write-up. The Chronicles are proud to have him involved...
The Piedmont Chronicles