[Perrin Lovett] - Pizza for Mr. Epstein? (With a Side Order of Indictment)

Today’s column is a little different than the one I originally penned over the weekend. What I had written was a fun examination of one gaffe committed by El Trumpster last week during the imperial military homily. READ THAT ONE HERE. I closed it with: “That is, Trump Tweetin’ and the nukes don’t drop.”

Then, not long after I wrapped it up, the nukes dropped - legally speaking. A much larger and more important national and international issue:

Friends, I am sometimes unfairly accused of dredging up bad news merely for the sake of its presentation. The affairs are what they are. However, I delight in the very good news. This is some of the best I’ve read in a long while. And, as Epstein may have told some of his victims, it’s probably “just the tip.”

If you’ve been in a coma or shipwrecked the past fifteen years, then please read up on the Strange Case of Jeff Epstein. In a nutshell, he’s accused of operating a large child sex trafficking ring, from New York and Florida and from his own private island (he’s rich). In a massive prosecutorial blunder, if that’s what it was, he copped to two minor state counts of soliciting, did thirteen months of work release, and dodged all federal charges. A federal judge recently held his plea deal illegal as it was not properly disclosed to the victims. The registered sex offender still has his island but is embroiled in numerous civil suits. In those, he’s lately been having it handed to him in discovery. Now, he faces the criminal counts he should have faced years ago.

And, he’s not the only one. His was, allegedly and substantially, a vast network of the lowest of sleaze. But, it was only one of many, all of which form a massive international network of child slavery and abuse. In the honest press, it’s all referred to as PizzaGate (“pizza” being the participants’ code for young girls). Some in the deep state tried to laugh that off a year or so back. I doubt they’re laughing now.

An example: A tech writer by the name of Peter Bright actually went by the Twitter handle of “Dr. Pizza.” He ridiculed the idea of PizzaGate, as did many others, Tweeting: “As someone named DrPizza I dread to think what my involvement in pizzagate will turn out to be.” It turned out to be a solicitation of seven to nine-year-old children. He’s in the slammer, one of around TEN THOUSAND arrests globally for similar activities in the past few years. Some of the other disruptions have involved the arrest of scores of pedo perverts at a time, in places like Italy, England, Canada, the American Northwest, Asia, the Caribbean, and Georgia (large-scale operations interrupted on either side of Covington, in Atlanta and Augusta).

All of this is, hopefully, just the beginning - of the end. Satanists see three purposes for children: to murder them, to corrupt them, and to molest them. Normal people are waking up, whether it’s to celebrity trash, politicians, and priests abusing trust, the ultra-rich like Epstein (and his friends - we’re going to get a lot of names and information, shortly) buying and selling, deviant homos forcing nine-year-old boys to strip and dance at “pride” parades and clubs, or drag freaks rolling on the floor with the kids at the library. If all goes well, soon even the deafest and most stay at home will be awake and angry. 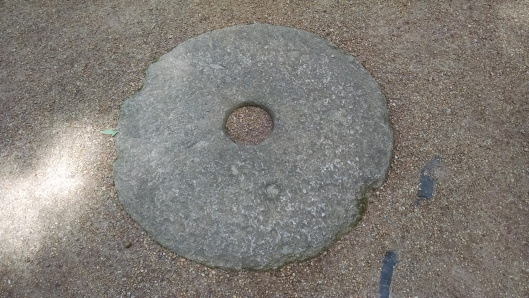 Gonna need a lot of these. Picture by Perrin.

Fellow Terry College of Business (UGA) grad Brother Perrin Lovett is a true renaissance gentleman & scholar. A recovering attorney, he's into guns & cigars, and the US Constitution. A published author, Prepper Columnist & YouTube personality, and an acclaimed blogger, TPC is very proud to have our old friend on board as the C.F. Floyd Feature Writer of National Affairs.