[Fred Wheeler] - Who's Leading and What Is His Strategy? 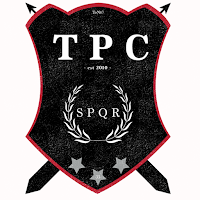 With so many of our cities under siege by the mob; regular people caught between the orders of the government to stay in place, practice social distancing while wearing masks; and literal fear of venturing into the wrong section of town while the enraged nihilists tear down our monuments and destroy our businesses,  there seems to be virtually no one willing to stand on the ramparts and yell, "Stop!".

We look around for leaders who will take the risk to step up to the plate and defend what we have left of Western Civilization. Of course, we understand almost all of our institutions: MSM, universities and public education, the judiciary, the internet, large corporations , Democratic Party,  etc. are firmly in the hands of the left. But, surely, there's someone in politics or the Church who would have courage enough to step forward and take on the mantle of leadership for the rest of us. It would be risky--but, rewarding.

The Republican Party is the logical source of the heroic force necessary to put an end to this madness. One wonders if they are following a deliberate policy similar to the strategy of Quintus Fabius Maximus against Hannibal during the Second Punic War. Are they appearing to retreat while letting the MLB mob and their allies destroy and demand more until finally enough of the regular people turn against them that they are marginalized?

Or, is it the rope-a dope strategy of Muhammad Ali of allowing the opponent to pound away until they simply are exhausted? The mob is running out of Confederate monuments. Now, they are taking down Teddy Roosevelt statues and demanding that Yale change its name. Will they have enough energy to change the name of New York, Cleveland and St. Louis? They might run out of marches and petitions.

I fear that what we are seeing on the part of Republicans is no strategy at all. Do you remember Cpl Upham from "Saving Private Ryan"? Cpl Upham is supposed to be carrying some ammo to resupply a couple of soldiers manning a machine gun. One of them is killed by enemy fire. The other succumbs to a German bayonet after a desperate hand-to-hand scuffle as Upham helplessly looks on frozen by fear. He simply watches as his friend is killed. As the German leaves he casts a disgusted glance of contempt at the feckless Upham. He's so impotent and terrified the German doesn't consider him worth dealing with.

Unfortunately, the Republican Party has too many Cpl. Uphams. They can't be bothered defending the American way of life: limited government, individual rights and responsibilities, free enterprise, the rule of law, a Judeo-Christian foundation to our law. They are too busy reading the polls, cowering in their offices, refusing to accept Trump's appointments and passing laws to protect the big corporations who control social media.