[Perrin Lovett] - All Is Not Yet Lost … Quite Literally The Opposite

Well, howdy, friends. I thought to write something about the ongoing and accelerating collapse of the United States, but where’s the fun in that? Plus, you’ve just had that exciting election, right? I’m sure everything is fine now. Bwah-haha! But seriously, I remembered that I’m not limited to the national affairs of any particular nation. And, I had promised the young people some insights into nations that still have a future. So, kids, take off those ridiculous masks, get up off your knees, stop apologizing for things that never happened, and … Move to POLAND.
This may be the first in a series of explorations of wonderful Eastern European countries that are likely to remain unaffected throughout this painful century. It’s kind of a Marcus Garvey idea for the Euro set, a Rick Steves article for people who value beauty and civilization. If you’re under forty, particularly if you’re under twenty-one, then you are mostly innocent of the horrific changes that destroyed our cohesive nation and are now bringing down the empire. I’d like to give you a little hope! There are places that are rising, not falling, where there won’t be war and collapse - just a happy future! They’ll even have indoor plumbing and electricity and freedom and homogeneity when the Twenty-Second Century dawns. So, let’s look at the Republic of Poland.
First, some anecdotes. You may have heard about the recent border debacle between Poland and the Czech Republic. It wasn’t an invasion. It was merely a temporary misunderstanding based on a GPS error. Polish troops were on the border because the Eastern Countries are serious about border security. They don’t need a wall that will never be built or defended.
Here’s a comparison of Poland and Australia, which will stand in for fading Amerika. In Kangaroo Land, some alternative freaks committed a series of serious felonies against a handicapped man. The progressive judge let them go because of diversity or some such bullshit. Meanwhile, in Poland, a converged, pro-sodomy furniture company fired a Christian employee over a few reasonable comments based on Scripture. The result? In based Poland, anti-Christian, anti-Western discrimination will get you … two years in prison! Hey! Get off Orbitz for a minute more! Read on:
The Polish are dead serious about freedom and civilization. They’re in the east of the Old Continent but are fully Western. They have absorbed and incorporated the Greco-Roman legal and cultural norms. They have been fully Christianized since 966 AD. And they, through trial, fire, and war, have maintained their place in the proud pantheon of the European nation-states. They intend to keep it that way.
Like the old American Republic, they have their political issues, though their Constitutional Parliamentary system works better - much better than what now passes for governance from the swampy Potomac. They are ardently opposed to child murder and child molestation. They absolutely refuse rapefugees, openly defying the impotent commands of the EU and the satanic globos.

The “Cons,” if we can call them that:
Poland wasn't even on my dusty shortlist of “escape” countries. However, after writing this, it just got added. If I was eighteen again, I might already be en route! If you’re that age, or close to it, then get moving. There’s no reason for you to go down with a burning ship. You didn’t create this mess. Don’t suffer through it. There is nothing stopping you aside from, perhaps, a mental block and the nagging of clingy losers. Send them a postcard from your new, happy life! 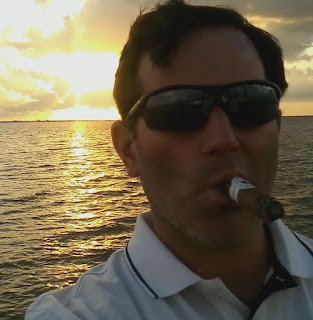