Special to The Chronicles

Like with a really bad drug trip, there’s a disconnect with reality when it comes to liberals and guns in America. Despite Americans being the most heavily armed people in the world and concurrently being among the safest, most responsible people in the world, some on the left just don’t get it. The safest of the safe, the most competent of gun owners, tend to be members of the National Rifle Association. 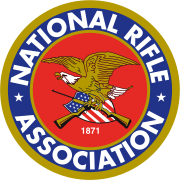 Yet, whenever something bad happens … or is contrived, the NRA gets undue blame. For instance: a few weeks ago an older, out-of-touch, politically-motivated Georgia man penned his sly emotional sentiment: “the NRA has taken over”. I didn’t hear him audibly say it, but I imagine his tone and inflection was something like Palpatine’s “the Jedi are taking over!” Same sort of lie and motivation.

He claimed that 80% of Americans, including gun owners, want more “common sense” gun control. When one hears a gun controller call for “common sense,” one can safely assume the caller has none.

As best I can tell, his touted percentage comes from an informal poll among select NPR listeners. Something tells me not to trust the figure. NPR took their poll shortly after the Parkland, Florida high school shooting. Gallup also ran a post-Parkland poll, among teachers, and only found 33% support for more “common sense” nonsense. I’m even suspicious of those findings, especially given the hysteria associated with Parkland. 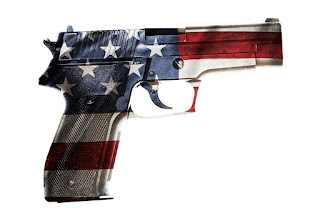 Of course, we know little about that particular crime, except that the NRA was not involved in any way, shape, or form. (Come to think of it, the NRA and its members are never involved in any mass shootings and very few crimes in general. Hmm…). We do know that government keeps changing the official narrative, in evolving CYA fashion.

The government ran (and abused) programs which contributed to the tragedy and then the blame falls on the NRA. Hypocrisy? Well, yes. That’s kind of the calling card of the anti-gun, anti-freedom left. The new poster child of the dissembler cause is the former “teen steam’ queen herself, actress Alyssa Milano. This fading flower of a mountebank attended an anti-NRA rally accompanied by her own armed bodyguards.

In her defense, she qualified the discrepancy as follows: “I’m an important star! I, like totally, need protection. It’s not like you little, poor people. I mean, you … probably live in trailers. I can’t even…” That may not be a direct quote but it perfectly captures the essence of her actions. By the way, don’t bring this up - she’s sensitive about the truth coming out. Hypocrites have feelings too.

Now, dear practical political fans, don’t get all partisan just yet. The hypocrisy isn’t limited to the left. Some “conservatives” are cucking hard on the NRA and “common sense.” For instance, Oklahoma’s Republican Governess just vetoed a “Constitutional carry” law supported by the NRA. That means she thinks the common folk need government permission to bear arms. I once read something about infringement. Can’t quite recall where or what that was from. I also remember something about recalling governors. And there was something about conservatives failing to conserve anything. Anyway...

Back to the “common sense” geezer; he wrote, “Let us save our children!” That’s a funny battle cry from a man whose political party has championed the murder of tens of millions of children since 1973. Then again, hypocrisy is the theme of the day.

There is a kind of method to this leftist madness. It makes perverse sense that they start (well, continue) the quest for greater gun and freedom control by targeting the innocent NRA membership. These types usually begin by targeting a small segment of the population. Hitler, for instance, targeted Jews with the Weapons Control Act of 1938. That particular charlatan had ulterior motives. Odds are, ours do too.