Greetings, you fantabulous readers, and welcome back to The Chronicles - Your Source for the REAL Story. Well, it's finally that time. Tomorrow is primary day in the great state of Georgia, and not a moment too soon. The way things have been devolving at the top of the ticket, I was really starting to wonder if we were going to see a throwback to the ole days of fisticuffs & possibly a duel (unfortunately the state legislature outlawed those some years back. BTW, that could be a campaign plank that could get some real traction for a future state legislator - "Bring back duels - thin the political herd!" Combine that with the legalization of horse racing, doing away with the time change & a "Legalize & Grow Weed Like Tomatoes" platform & I truly think you'd have a winner. But I digress...)

The publication has endorsed precisely two candidates in this primary election cycle:

- David Shafer for Lt. Governor
- Josh McKoon for Secretary of State
And that won't be changing; however, I will be mentioning a couple folks I'll be voting for along with the usual snarky & at times bizarre commentary that you've grown to love here at the original TPC.

Well, well, well...what can be said about this crop of gubernatorial candidates that hasn't already been said about Afghanistan - bombed out & depleted. But seriously, it's pretty much a general consensus out there that this has been an underwhelming group & that impression has only been reinforced it seems. Cagle, the moderate establishment guy w/ the weird eyes; Kemp, the more right-leaning establishment guy; Williams; and then the one guy that this writer was seriously considering until he started acting like a political hack - Tippins. So, that pretty much leaves me where I was last fall. I'll be voting for Hunter Hill. Not an ideal candidate, in my opinion, but certainly the best of the bunch.

As mentioned previously, I'll be voting for David Shafer. But, I'd be remiss if I didn't mention, in a very negative light, his main opponent in this race, Geoff Duncan. I've previously written about this fella in my endorsement of Shafer, so I'll leave it to the Pros on this one. From fellow muckraker & GOP political watcher Bill Simon:

"With Geoff Duncan for Lt. Governor, we are dealing with a great...big...liar. In all of his literature, as well as online Website, Duncan has sought to erase a significant part of his true past: His 5 years in the Georgia State Legislature.

And, of course, in erasing that 5-years, he's hiding his track-record of being a quitter at least three times in his life.  And, if you're a quitter, well, of course you would seek tohide that truth with half of the truth about yourself, right?

His campaign website promotes the following summary about him: "He is a former professional pitcher and trailblazing entrepreneur who has thrived in the private sector. Team Duncan is ready to bring home another win for Georgia’s families and businesses."

Yeah...umm, that's not really quite accurate.  You see, the first time Duncan quit was when he quit his undergraduate education to (attempt) to, become a professional baseball player.

The 2nd time he quit was in the supposed profession of baseball, but he never actually made it to the pros, as this excerpt from a 2017 article published in InsiderAdvantage.com discloses:

"Duncan quit the House having accomplished nothing of significance, just like he dropped out of Georgia Tech without earning a degree.  He claims to have played Major League Baseball for the Florida Marlins, but check his record.  He played for unknown minor league teams like the Kade County Cougars and Utica Blue Sox.  He claims to be a serial entrepreneur.  Nonetheless his business career has consisted of brief stints as a home builder and a salesman of promotional products.  His current ‘job’ is running for office.”

The capper for Duncan is that, while he claims to be "an outsider, not beholden to the good 'ole boys", he has a track record of kissing the hind-quarters of the biggest good 'ole boy in the State Legislature: Speaker David Ralston.

And, so, with his quitting of a do-nothing career in the Georgia State Legislature (and his deliberate hiding of that fact), he's a 3-time quitter.  Doesn't sound like much of a "trailblazing leader" to us...does he to you?"

Again, Josh McKoon is the clear choice in this race.

Insurance Commissioner & most of the rest?  I might skip it; I may not. I will NOT be voting for Tricia Pridemore for PSC, though.

And here locally, if I was in the 4th District of Newton Co., I'd definitely vote for Spencer Arnhart for Commissioner.

Well, that'll do it for this go 'round. Happy Trails. 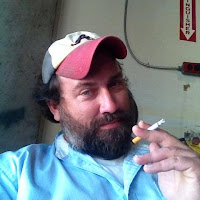