Nature Watching with The Alibug: Grosbeaks, Finches & Raccoons, Oh My!


It's time for some serene nature shots from the Alibug. Enjoy!


Need Recommendations!
Two Grosbeaks! Pretty special to have two at one time!!! 😃

However....I'm having a terrible time with the Cowbirds. It's illegal to shoot them, and I'm not sure I could. But they are in some cases literally fighting my songbirds that are regulars here and the migrating birds TOO!! So.....I HAVE decided I'm going to SHOOT them, but with a water gun. So if any of you know a good water gun that will shoot a straight stream of water a pretty good distance, please let me know!! Thank you!!
Male Blue Grosbeak 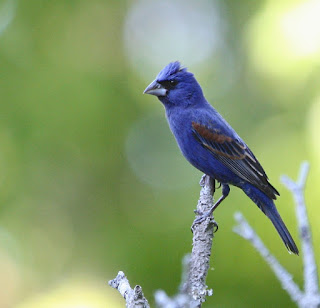 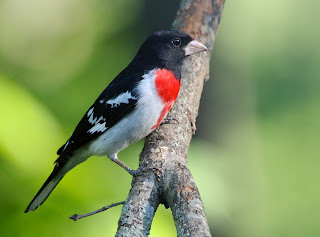 
How many of you knew that House Finches are NOT native to Eastern North America!? Funny....we seem to like them better than Starlings and House Sparrows which are also not native!

"The House Finch was originally a bird of the western United States and Mexico. In 1940 a small number of finches were turned loose on Long Island, New York, after failed attempts to sell them as cage birds (“Hollywood finches”). They quickly started breeding and spread across almost all of the eastern United States and southern Canada within the next 50 years." 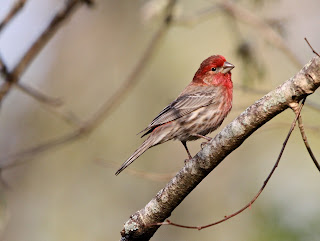 Years ago a storm with some tornadic activity in the area cropped out the top of this pretty White Oak. It repaired itself! Lots of times trees will repair themselves even from lightning damage. This tree formed a flat girdle that I've always thought would be an excellent and comfortable perch for some critter! But I never saw a critter until this morning! 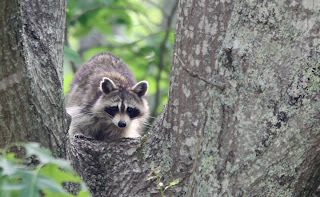