Man, did we get some rain the last couple of days, especially on Friday as most places in & around the GA Piedmont got at least 3 inches of rain with reports of some spots getting 5, 6 or more. That much rain & there's bound to be issues. And tell ya' what, the Yellow River got pretty darn high, didn't it?


With the assistance of Mother Nature, Old Man River can always bow his neck. Based on reports & pictures, the mobile home/RV park at the Access Rd got hit hard as well, with several deeply submerged in the river's cresting waters.

Bird Watching with The Alibug

As some of you probably already know, we have a photographer extraordinaire here in our neck of the woods, the one & only Mrs. Alisa S. Johnson Brown. The former WGFS radio host specializes in nature shots, and birds in particular.

After admiring her work for many years & having a desiring to share it here at The Chronicles, I finally got around to asking her about it & she said yes! That made me very happy! Moving forward, expect at least a bird pic or two per week, and most of these will be dedicated posts. And folks, in this crazy, rough & tumble world in which we live, there ain't much that can calm my mind like these bird pictures! They're very special to me, and I hope you good folks will enjoy them just as much as I do!

This is the first bird I saw on this beautiful Easter Sunday. There seems to be something symbolic about that blood-red chest because when I saw it, I instantly thought about our Saviour, pinned to a cross by nails. What incredible torture that must have been!! Even as He bled, Jesus asked his Father to forgive those crucifying Him. He loved us enough to die a terrible death for me and you and He loved us ALL! That's important!

Because of a remarkable plan God had for his Son, Jesus is with us today and all of our tomorrows, caring for us in every way! And because "...not a single sparrow can fall to the ground without your Father knowing it." (Matt10:29), can you even imagine how much MORE He loves you and me.
"What wondrous love is this, Oh, my soul...Oh, my soul!"
Have a beautiful day.
and LOVE EVERYBODY!
🌼🐞💐🐦🦋🌷Happy Easter!🌷🦋🐦💐🐞🌼 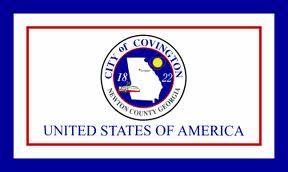 I'm several hours worth of research into the latest audited numbers for the home city for FY 2018. Look for a dedicated post later this week with most of the ins & outs; however, to get the full REAL picture, you'll have to track down this week's print edition which will - unlike the online version - have the Top-20 salaries of the city's payroll (no names will be printed - only job titles).

In the meantime, I'll give you the TL;DR version/title - "Not Looking Good..." In addition to being $10 million in debt, Covington shattered its previous record for expenditures by almost $5 million. Also, 'General Government Spending' increased a concerning 18% this past year, the highest, I believe, on record. Much more to come, be sure to tune back in. 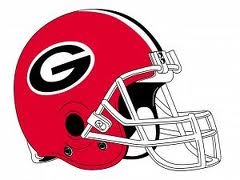 More specifically, Team Red (1st-string offense; 2nd-team D) defeated Team Black 22-17 in front of an announced crowd of 52,640 (several accounts agree it was more like 40-45K). The big news is this - our defense, both 1st & 2nd string, looks like the absolute truth! And that's a good thing, especially the increased depth, which really could be pointed to as the main culprit of our two season-ending losses to 'Bama.

As has become a tradition at G-Day over the years, whispers of a possible QB controversy. And I must say, young Stetson Bennett IV did look impressive, but let's not kid ourselves - despite having an underwhelming day, Fromm is obviously our guy.

The home county was well represented yesterday. Erik Stokes scored the first points of the scrimmage on a 39-yd Pick-6 & JJ Holloman clearly proved that he is THE #1 WR for the Dawgs & had a dandy of a touchdown catch. And speaking of receivers, it looks like we may have added a new one that should contribute right off the bat - Matt Landers might be in our starting lineup come August. He's that good, not to mention the fact that he can throw the ball, too, as he threw a real beauty for a TD.

All in all, it confirmed, for me, that this is probably the most talented team we've had in the Kirby Smart era. That's exciting! But the biggest plus was the fact that it looks like we didn't have any injuries!

Alright, gang, that's all I've got for this one. Looking like a big week here at TPC, so check back often. As always, we greatly appreciate you reading.