In the summer of 1975 we went to Rose’s Cantina on West Peachtree Street.  When I say we, I mean the denizens of a house on Lively Ridge Road, an Atlanta Street off Briarcliff between North Druid Hills and Emory.  We were Yours Truly, an old Fannin County friend Rick Goss, Dan Denoon and Bill Demmond, the latter two being our college friends.


Rose's Cantina was the place to be for the young counterculture that year.  It was run by Rose Scott, who along with her sister Maude with whom I worked at Dante's, were two tall, blond Texan friends of mine. Word on the street was that Rose had secured the funds to open the place by importing Mexican marijuana.  I don't know that for a fact because it's the sort of thing of which one should try to actually know as little as possible, but I believe it to be true.


Rose had live music and sold cheap pitchers.  When we were nightly ordered out at closing time we would sing the Stones song from Sticky Fingers, “ You Gotta Move.” (“When the Lord gets ready.“)  We thought we sang it very well.


It was during that summer that I started dating, i.e. sleeping with, my first wife Susan. She had been Rick's girl but migrated toward me. We have all remained friends to this day.


Susan Heimlich was from Syracuse, New York.  She told tales of having been a minor league hockey groupie. She also said she had been the “Miracle Baby of Syracuse” in the New York press because of the unlikelihood of her survival due to circumstances I no longer recall. One of her cousins was a founding member of Sha Na Na, a group which had appeared at Woodstock six years earlier.

Susan was, and it is, a blond beauty with long shapely legs. Because of her I was once on NYC television. We were at Fulton County Stadium watching the Braves play the Mets when the New York TV camera crew zoomed in on us.


It wasn't, I assure you, on account of me. I have since imagined their broadcast crew talking about the lovely southern belle.

But I digress. You may recall from the title that this is a story about a cat, in particular Bill Demmond’s jet black vixen named Shadow.


On hot summer nights Shadow liked to crawl into Bill's old Saab and sleep on the ledge underneath the rear window. Normally we'd spot her and put her out before heading to Rose’s, but on the evening which spawns this tale we didn't notice her until we got there. We decided to crack the windows and go about our routine.


When they stop selling alcohol (you've gotta move) Shadow was as sound asleep as she had been when we left her four hours earlier. No harm, no foul.


Meanwhile back at Lively Ridge, two days later Shadow was still nowhere to be seen, an unprecedented mystery. Shadow wasn't one to wander. Cats generally, particularly females, are not ones to wander.


Finally one of us remembered that we'd stopped at Dunkin Donuts, one of the few places open twenty four hours then, on the way home from Rose’s. We went back to the corner of Piedmont and Rock Springs and Shadow was  there being fed well by the employees.


Now this little homily is mildly interesting at best. What makes it noteworthy is that the Lovin Spoonful wrote a song about it. It goes in part like this:


Hot town, summer in the city,
Back of my neck gettin’ dirt and gritty.
Cool cat looking for a kitty.


Doesn't seem to be a trace of shadow in the city. 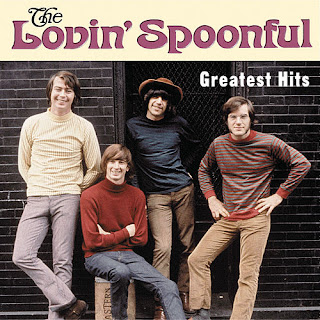 Ellis is a recovering Attorney but has worn many hats over the years: father, bus boy, stand-up comedian, novelist, wiffle ball player, rock'n'roll band manager, and at one time wrote a popular and funny column for The Covington News. A Fannin Co. mountain boy originally, Mr. Millsaps now stays at the mill village of Porterdale by way of 20 years in Mansfield. Usually funny and at times irreverent and subversive, he leans left in his political philosophy but can always be counted on for a pretty darn good write-up. The Chronicles are proud to have him involved...