I wanted to see if the conspiracy theory theme from last week would still hold warter. Um, water. I also needed something quick as your CFF National Affairs Writer has felt better…
Another “conspiracy theory” of which you might have heard: some people have suggested that fluoridated water is bad for health. They’ve been ridiculed for that. Why? Who? How? Huh? Fluoride is essentially negatively-charged Fluorine (F, Z 9). The latter element is an extremely dangerous and corrosive oxidizer. The former anion is considerably less toxic but still comes with a maximum safe human daily allowance (10 mg). So far, so … yeah. 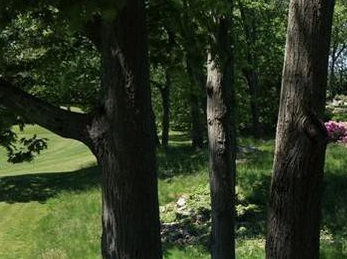 (Realtor or Zillow or Something)
Various municipalities add a variety of the less toxic stuff, in even much less toxic form, via either sodium fluoride or sodium monofluorophosphate, to tap water supplies. The effect, convention holds, is that this protects our teeth. There are admitted minor problems, but the net result is positive - unless you’re one of those theorists who maintain the stuff is still dangerous no matter how you compound it. Now, the theorists have a little more ammunition.

A NEW STUDY!, as heralded in The Daily Beast, finds that fluoridated water, consumed by expecting mothers, lowers the IQs of the expected chillins. The Beast story is good, pointing to some of the industry hypocrisy (in JAMA and elsewhere) as well as noting that additional studies confirmed the statistical veracity of the matter. However, this being the postmodern era, they cited the study itself indirectly through a Twitter link. I’ll give it to ya straight:
READ THE STUDY HERE AT JAMA PEDIATRICS
(Download the PDF for easier reading)
By: Rivka Green, MA; Bruce Lanphear, MD; Richard Hornung, PhD; David Flora, PhD; E. Angeles Martinez-Mier, DDS; Raichel Neufeld, BA; Pierre Ayotte, PhD; Gina Muckle, PhD; Christine Till, PhD. 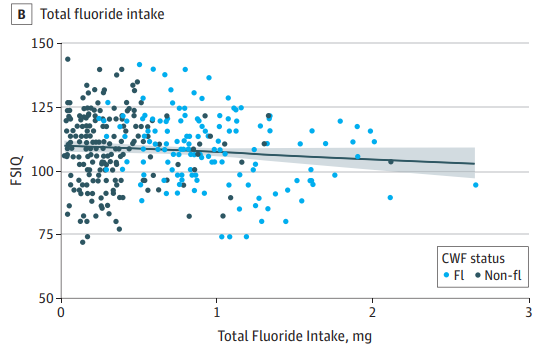 (Id, Ibid, Supra, small dots...)
I’m with the authors and others of honest bent - more and expanded analysis is needed. However, I’m not optimistic that will happen. That applecart, etc. Rounding, we’ll call the as-is IQ loss of 4 points (WISC). This reduction could possibly contribute to the huge .4 point loss per year that I’ve written about previously (10 points per [recent] generation) and the insanely dysgenic 2SD long-term drop in the West.
My point and conclusion are that if you repeatedly experience pain, here or there, then go see a doctor. And, if the pain turns acute, do not wait a week and a half; it probably ain’t going away. Today, maybe a pill. Tomorrow (or next year…), and they cut out a sizable chunk of something. Have I mentioned Hydrocodone? I was definitely right about the damned television.
The real question, to shake all these national affairs, is… Just why is Tom selling that house in Brookline? Seriously. What the hell?